Millennials will not be as wealthy as parents, new study says

Millennials will be financially worse off than their parents, a new study has found.

The study, published in The Guardian, examined the incomes of households in western countries. It found millennials are making significantly less money than their parents.

The study said, “It’s likely to be the first time in industrialized history, save for periods of war or natural disaster, that the incomes of young adults have fallen so far when compared with the rest of society.”

Canada was one of the seven major countries included in the investigation, alongside the United Kingdom, the United States, France and Germany.

Millennials – those born between 1980 and the mid ’90s – are four per cent below the national growth rate of household disposable income.

Several issues affecting the developed world such as debt, rising house prices, globalization and joblessness has caused a large wage disparity between generations.

Kerry Wall, an ’06 Ryerson graduate who works as a web producer for the Toronto Symphony Orchestra, said the job market for millennials is much different now than it was for their parents.

“I’m not an expert on income, but I think the kind of work my generation does is more precarious than my parents’ generation. Back then, you finished school and got a nine-to-five job,” Wall said.

She also said she thinks it’s unfair that millennials are expected to do more in their jobs, yet are paid less.

“I worked evenings for years, and different combinations of evenings and day shifts and it was a real grind at times. A lot of people said, ‘Well, that’s how it is,’ which I found frustrating because that isn’t how it always was,” she said.

Experts are warning that the large wage gap will have long-term repercussions on social cohesion and family formation, which could eventually lead to a future economic disaster. 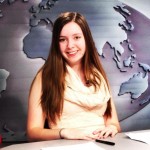 This is not your mother’s knitting club