Coco brings death to life in a wonderful animation about heritage, family and belonging.

Pixar has always amazed viewers with their detailed animation and fun characters, like those in Monsters, Inc., Cars, Inside Out, and Wall-E. But Coco delivers a whole new level of detail to animation, with a colourful storyline and stunning visuals. The film was also uplifting and comical. 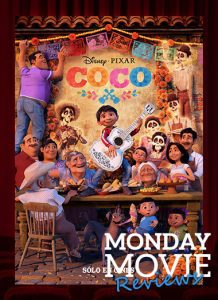 In the Land of the Dead, there is dancing, singing and a sense of family. Each character embodies an important element of the plot through their movements and expression. The animation felt life-like, which contradicts the themes of death in the most beautiful way. The focus of the story evolved, bringing the importance of heritage and family to the foreground.

The storyline didn’t mimic the classic hero’s journey plot like many other children animations. At first, the storyline seemed almost predictable. The protagonist Miguel Rivera (Anthony Gonzalez), a boy living in a small Mexico village, is fascinated by his musical idol, Ernesto de la Cruz (Benjamin Bratt). However, his family does not allow musicians in the household because Miguel’s great, great grandfather left the family to pursue his music career. The family develops a business in shoemaking, and bans music from their lives.

After revealing his love for music to his disapproving family, Rivera borrows Ernesto de la Cruz’s guitar from his grave and strums his way into the Land of the Dead.

The story goes on to assume Rivera’s long-lost grandfather is the famous musician, and Rivera goes on this journey to recapture his family’s heritage. Along the way, he meets skeleton Héctor (Gael García Bernal), who is trying to cross over to see his family.

There are many rules in the Land of the Dead, and this is where I feel like it may be too much information for children to understand.

The dead can only cross over to see their living families as ghosts during the Dia de los Muertos (“Day of the Dead”) if their living family has their photo on the ofrenda, an altar with pictures of the deceased. If the dead is forgotten by living family, the dead will experience a “second death” and will disappear forever.

Rivera’s curse lets him cross over to the Land of the Dead, but he will die if he doesn’t return by midnight.

Some class themes were a bit too exaggerated within the story. In Héctor’s home, homelessness is connected with filth, clutter and alcohol, while Ernesto de la Cruz lives in a mansion with music, happiness and friendship. However, we soon realize that the famous musician has a dark backstory.

In the comparison to the real Dia de los Muertos, Coco gets it spot on with the elements of the ofrenda: water, wind, earth and fire. The movie was covered with the traditional plant cempasúchil, also known as Mexican marigold, which leads spirits to their homes. Also, Rivera’s companion, a street dog named Dante, is known to be a spirit guide.

The festival Dia de los Muertos is a celebration of life, and Coco made sure death is just part of the journey.