Ryerson International has confirmed in a statement to the Ryersonian that while there are several members of the university in London, England following a deadly attack, not all have been reached. 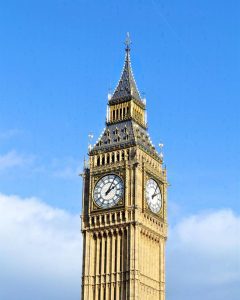 Yesterday, three people were killed and 40 injured by a knife-wielding man who plowed a car into pedestrians and then stabbed a police officer to death inside the gates of Parliament.

The attacker has been identified as British-born Khalid Masood, 52.

Ryerson International has reached out to Ryerson community members in the city, but there are still some who have not been accounted for.

There have been no reports from London of Canadians among the casualties.

The Ryersonian has been in contact with two journalism students and former Ryersonian reporters, Deni Verklan and Ebony-Renee Baker, who are currently in London for internships.

When an international incident occurs, like the attack in London, Ryerson International reaches out to known members of the Ryerson community in the area.

It has also recently invested in International SOS, a resource program that strives to keep students, faculty and staff safe while traveling or living abroad.

In a statement, Ryerson International said, “It goes without saying that the Ryerson community condemns this attack, and offers our condolences to those affected.”