An NDP member of provincial parliament has tabled legislation that would see significant changes for unpaid internships.

On Tuesday, Jonah Schein proposed a private member’s bill at Queen’s Park that would amend the Employment Standards Act. The change would see increased protection for unpaid interns. It would see co-op students, trainees and interns be entitled to breaks and other protections. Schein would like to see contracts drawn up between unpaid workers and their employers filed through the Ministry of Labour.

Schein says that the issue is of particular importance with today’s struggling employment field. “What we used to have was entry level jobs that didn’t maybe pay a lot but at least were jobs and were paid and had compensation,” Schein says. “And what we’re hearing now is that a lot of people are taking these internships that don’t have any compensation. No pay. But they actually often times they aren’t legal because a real, legitimate internship is not just free labour.”

However, interns outside of a school program are still restricted from certain conditions under the ESA

“There is far more that we can do in this province to make sure that young people have real employment opportunities and have good jobs,” he says.

*This version corrects the section on the current Employment Standards Act. 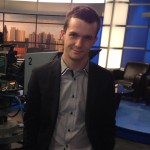