Jessica Ly, the founder of JQL Music & Arts, in her studio (Kemeisha McDonald)

The melodic noise from her grand piano echoes through the studio as her fingers dance across the keyboard. She keeps her eyes focused, steady on the music. As she hits her final note, she looks up with a smile.  It’s the end of another tune for musical marvel, Jessica Ly.

Ly, who is in her 20s, began practicing music as a child and has won a gold medal in elementary pedagogy from The Royal Conservatory of Music, from where she also graduated.

Although music is her first love, Ly spends a lot of time crunching numbers as a third-year accounting and finance student at Ryerson.

“I wake up to music, listen and make music during the day, and fall asleep to it. Music is an opportunity for me to express my feelings and emotions with no spoken words,” said Ly.

But Ly is also a business owner. She’s the founder of JQL Music & The Arts, which focuses on music education but also offers academic tutoring and visual art lessons.

JQL Music & The Arts offers lessons from piano and electric guitar to the saxophone. Ly’s main studio is located in Milton, but she also teaches in Brampton and Toronto.

She started the business by teaching a few students in Brampton while she attended middle school. Then she moved to Milton and began growing her business while she was in high school.

Ly aims to continue this business as a way to give back to her community through her music. She hopes her students will pass that on to the next generation.

Attending school and running a business has caused her to sacrifice aspects in her social and family life, including sleep and possibly her marks.

But to her it’s all worth it.

Organization and the support from her friends and family has been key to managing all of her tasks.

“My Google calendar is literally my best friend,” said Ly.

For students who want to start their own business, she believes they should execute their plan right away whether they have supporters or not.

Ly’s passion for music education began when she started teaching at public music schools. She learned that the methods they enforced weren’t helping the students advance, so she moved on to teaching at private music schools and studios. Ly came up with her own teaching style to help students better retain information.

She then began to focus on conducting private lessons around the same time that she began to develop JQL Music & The Arts.

There was a period in high school where Ly reached a breaking point and wanted to give up on music education. But it was her mother who pushed her to continue.

“Once I walked across the stage [during my graduation ceremony] at The Royal Conservatory I realized that if it wasn’t for [my mother] I wouldn’t even be here,” said Ly.

From then on Ly understood the value in finishing what has been started.

Her music teacher, Jennifer Knelman is also a huge influence on Ly’s career. The passion Knelman has as a music professional and mentor helped Ly strive as a music student.

Ly has also been a positive influence for Knelman. “She questions everything in a wonderful way. After she’s done a session with me…I’m so thirsty because I have to answer so many questions all the time,” said Knelman.

Currently, Ly is in the process of making a commercial to advertise her music business. She’s partnered with Ihtisham Syed, a third-year corporate finance student at McMaster University to complete the project.

Syed owns his own business, Lighteon Studios, where he works to produce film, photography and video for clients.

Syed has known Ly since high school and describes her as a strong leader.

“She has a connection with each of her students as their leader at JQL but also on a personal level as a teacher, and this is what makes her leadership qualities distinct,” said Syed.

Ideally, Ly would like to save up money for more equipment and eventually start doing tutorials online to reach more students and grow her business.

Her long-term goal is to build her own musical “Empire,” much like the show produced by Lee Daniels and Danny Strong. Eventually she’d like to have her own record label and sign artists.

For now Ly is working on planning an upcoming recital for her students. It will be held on November 26 in Milton.

She has a lot to organize beforehand but it’s nothing she can’t handle. 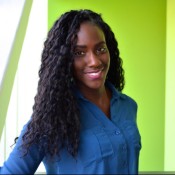 I'm a fourth-year journalism student and before you ask, I’m not related to Ronald McDonald. Unfortunately... How cool would that be!? I am however a re-tweet fanatic, and YouTube has a very special place in my heart. I have a passion for production, both behind the scenes editing and in front of the camera. So fittingly, I'll be the lineup editor and reporter this year. I enjoy pop-culture, cheesy-horror movies and reality television. I know, super corny…but that’s me.

I'm a fourth-year journalism student and before you ask, I’m not related to Ronald McDonald. Unfortunately... How cool would that be!? I am however a re-tweet fanatic, and YouTube has a very special place in my heart. I have a passion for production, both behind the scenes editing and in front of the camera. So fittingly, I'll be the lineup editor and reporter this year. I enjoy pop-culture, cheesy-horror movies and reality television. I know, super corny…but that’s me.

Musicians at Ryerson in a jam for space