Both the Liberals and the NDP have nominated candidates for an upcoming federal byelection in Toronto Centre, the downtown riding that includes Ryerson.

On Sunday the Liberal party selected Chrystia Freeland, a former Reuters journalist and author. The New Democrats choose Linda McQuaig, who is also a journalist and has published several books.

The two nominations were watched closely. McQuaig was up against former Much Music VJ and well-known Toronto personality Jennifer Hollett.

Freeland is considered by some to be one of Liberal leader Justin Trudeau’s star candidates. Her recent book Plutocrats is making waves for its conclusions on the one percent.

McQuaig, a veteran Toronto Star columnist, also published a recent book on income inequality. Their shared interest in the gap between the rich and the poor has led to speculation that it will become a central theme in the campaign.

Freeland and McQuaig will compete with Conservative, Green Party and independent candidates for the seat vacated by former Liberal leader Bob Rae.

Ryerson students who live on or around campus will be able to vote in the byelection, even if they live somewhere else during the summer.

They need to bring one piece of photo ID and something else displaying their address, such as a hydro bill, to the polling station with them on the day of the byelection.

Prime Minister Stephen Harper hasn’t called the byelection yet, but it could be as early as this fall.

Watch The Ryersonian for updates on the race as it develops. 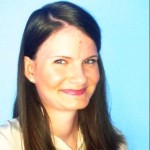