When it comes to media consumption, Netflix and other television streaming services trump cable media for Toronto post-secondary students.

These poll results correlate well with the fall of advertising dollars towards cable television.

Last year, advertising agencies spent $577 million less on TV advertisements than they did the previous year, according to the Cabletelevision Advertising Bureau. Digital media has also taken a larger share of advertising dollars, increasing from 22.3 per cent of the market in 2012 to 28.2 per cent in 2014.

EMarketer predicts that digital media will pass television in 2018 with a 37.3 per cent share of total advertising dollars spent.

Keren Gottfried, Masters of Arts Candidate in Public Policy and Administration at Ryerson University, says that even though it might seem obvious that more students are using streaming services over cable, it’s valuable to have this evidence to back up the belief.

When asked where students get their news, over 75 per cent say that they consume news through online or social media sources. This was compared to 12 per cent who chose cable television as their primary source for news.

The poll was conducted by Ryerson journalism students between Jan. 23 and 30 at Ryerson University, the University of Toronto, Ontario College of Art and Design and George Brown College. The poll regarding media consumption is accurate within +/- 1.9 percentage points. The poll regarding news consumption is accurate within +/- 2.3 percentage points. 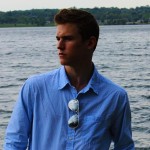 Managing Editor of Social Media and Engagement for The Ryersonian. My focus is on video and social media content for sports and entertainment.

Managing Editor of Social Media and Engagement for The Ryersonian. My focus is on video and social media content for sports and entertainment.