Ryerson University’s journalism students will have another academic option starting in the fall of 2015.

A new 12-week Journalism Capstone Project course is being introduced for senior undergraduate students so that students not so interested in news and journalism can concentrate on academic matters.

“Our thinking is that it’s mostly going to be people who want to do academic papers, who are not interested in doing journalism as a career or decided they want to go to grad school, for instance,” said Janice Neil, the undergraduate program director for the Ryerson School of Journalism.

The course will run once a year and is only looking to accept about 10 students at a time to start. Successful applicants will still have to take other upper-year journalism courses.

For those wondering if the new capstone course will allow students to do an external six-week internship without working at The Ryersonian, the university’s campus paper — which is how the program is currently structured — Neil says that isn’t the case.

“Unless somebody is loaded up with other credits, it is going to be very, very difficult to take internship without taking The Ryersonian,” says Neil.

The course is still in development and no instructor has been announced as of yet.

The change stems from the restructuring of the entire journalism program that was approved by the senate last November. Digital journalism will be introduced to students in first year rather than later years as part of this restructuring.

Other changes include the scrapping of the first-year grammar test and course. Media law and ethics concepts will no longer only be introduced in third-year but instead in first and second years. A mandatory third-year law and ethics course will be dismantled and replaced with the new required third-year course, Journalism and Society.

The re-designed program will introduce more elective choices with 13 new journalism courses including Advanced Multimedia Journalism, Building the Brand and News They Can Use. 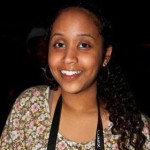