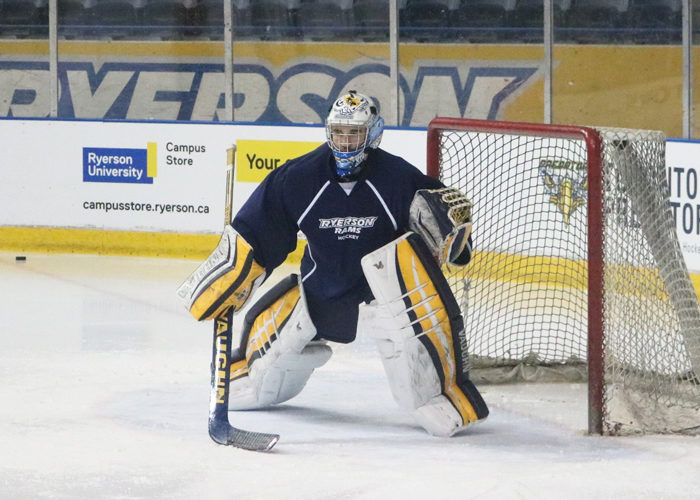 Goaltender Brodie Barrick is entering his second season with the Rams. (James Tozer)

There will be plenty of new faces in the Ryerson Rams men’s hockey lineup this season.

After finishing sixth in the Ontario University Athletics’ West Division last season, the Rams have added 10 recruits to the roster. Interim head coach Johnny Duco expects this year’s team to be a talented one.

“I think we may be a team early on, because we are young, that makes some mistakes, but I think the effort will be there,” said Duco. “I think the talent level is there and I think we’ve continued to get better every single day during the pre-season.”

Josh Chapman joins the Rams after playing minor pro in Rochester and Elmira last year while Daniel Poliziani (Acadia) and John Carpino (Western Michigan) played college hockey elsewhere. Matt Nosella is the only player coming to Ryerson from the junior A ranks, where he played with Valley of the Maritime Hockey League.

“We really like what all of them bring to the table,” said Duco. “I think they all add value to the team in areas we thought we needed to address. We’re really excited to get them on the ice in a regular season game.”

Ryerson will also have a different look in net this season. Troy Passingham spent five years in the Rams’ crease, using up all of his CIS eligibility. Goaltender Taylor Dupois, who split last season’s starts with Passingham, is back along with Brodie Barrick, who spent last year with Ryerson but never played in a regular season match.

Graham, who spent last season with the Ontario Hockey League’s Hamilton Bulldogs and Sarnia Sting, will join Dupois and Barrick to round out the team’s goaltending trio.

“I’ve got a lot of confidence in all three goalies,” said Duco. “I know they are all capable of being starting goalies in this league. For us, it’s a good problem to have. For them, obviously, only one guy is going to be happy because one guy is going to be in the net. We’ll have two pretty good goalies not playing.”

Duco wouldn’t say who will be in net on Thursday when the Rams begin their regular season playing against the Laurier Golden Hawks at Mattamy Athletic Centre.

“There was an open competition in training camp and I think they all played well. I’m confident that we can win with them.”

The Rams went 14-13-1 last season, reaching the playoffs where they were eliminated in the conference quarter-finals. Duco has confidence in this year’s team.

“This is probably the most talented group we’ve had on the ice. Now it’s a matter of getting them to buy into what we’re selling and getting everyone pulling the same rope together.” 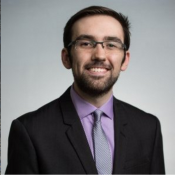 What you’ve missed in science and tech