When she couldn’t find a support group for students dealing with mental illness, Liz Wood decided to develop her own.

Wood, a third-year Ryerson student, founded Students for Mental Awareness, Support, and Health (SMASH), which will start meeting this semester, to get students talking with one another about their mental health in an open and non-judgmental environment.

“I think that there’s a gap (at Ryerson) in terms of peer-to-peer support, and I think it’s important that students are here for other students, especially because we share the same point-of-view,” Wood said.

SMASH is not yet an official RSU-approved student group, but Wood said her goal is to have the group organized and running events before Mental Wellbeing Week in February. SMASH currently has its own blog and will have a Facebook page to attract members and keep them informed once it begins. Meeting times and locations will also be set up after the group becomes official, Wood said.

Wood, 20, is studying graphic communications management and developed the group with three nursing students she met while volunteering in the school’s health promotion department. Juannittah Kamera, Ryerson’s health promotion program co-ordinator, suggested Wood start a support group after learning there were none on campus. She said it will provide alternative services to those offered by the Centre for Student Development and Counselling.

“(SMASH is) looking to provide social support and networking, as compared to structured clinical responses to mental health,” Kamera said.

She said the group could one day even complement the counselling centre, as the two services could refer students to one another according to individuals’ needs.

The idea for the group came from Wood’s experience last summer in a program called Short Term Active Reintegration Therapy (START) at Credit Valley Hospital in Mississauga. The 10-week program offered individual and group therapy to people with anxiety, among other disorders. Wood began to experience high levels of anxiety and severe panic attacks before she started university more than two years ago.

Wood admits she also avoided confiding in others because she blamed herself and found it difficult to bring up the issue. But after a trip to the emergency room for a major panic attack, she joined START. She revealed her story and her idea for a support group at Ryerson’s Mental Health Advisory Committee’s town hall discussion in October and received overwhelming support from the committee and audience members.

“We recognize that students supporting each other would have a huge impact—a little bit of support goes a long way,” Teo said at the town hall.

Wood said, “A lot of (students) came up to me afterwards and gave me their contact information and said, ‘When you start this group, let me know because I really want to be a part of it.’”

Although SMASH is still in development, Wood is already planning events for the semester, including a movie night to introduce the group to potential members and a showcase of mental health-related artwork during Mental Wellbeing Week, which Kamera said will occur over two weeks, before and after reading week in February this semester. Kamera said the goal is to expand awareness about mental health beyond the confines of a single week. Wood said she wants SMASH to get people thinking about mental health more often than during a few weeks a year.

“We definitely want to be long-term,” she says. “We’re definitely going to go into next year with our group.” 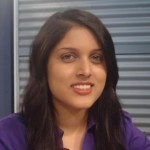