University students among those at increased risk

A recent study conducted by a team of Ottawa researchers found that a majority of university students report that COVID-19 has negatively impacted their stress levels and mental health.

Female subjects responded more negatively to the pandemic’s effects than their male counterparts; 59.6 per cent of women reported a moderate to severe negative impact on their mental health compared to 39.8 per cent of men.

The study also found that a significant portion of respondents used substances to cope; 23.8 per cent reported drinking alcohol and 17.5 per cent reported using cannabis at least a moderate amount as a coping mechanism to deal with the stress of COVID-19. Many respondents also associated their substance use with “greater negative impacts on academic outcomes, stress and mental health.”

The study explained that “young and emerging adults” are one of the groups struggling the most to cope with the pandemic. “Emerging adulthood is already a transitional and stressful period, filled with instability owing to changes in education, living arrangements, and relationships… if this group is already encountering a number of stress and mental health difficulties, the stress of the pandemic might further exacerbate these concerns.”

The Ryerson chapter of the Canadian Students for Sensible Drug Policy (CSSDP) is an abolitionist organization that tackles substance use issues from all angles. One factor that both the CSSDP and the study attribute substance use to is academic difficulties.

“Many students may not have the capacity to stare at a screen for that long, and may turn to stimulants to help focus,” CSSDP member Steph Rychlo pointed out. Rychlo also pointed out that, because substance use is often used as a coping mechanism, students may also take other drugs like opioids to deal with the stress of academics.

“If you are mixing substances, you’re more likely to overdose,” Rychlo said. “And if you have no one there to check in on you because you’re using alone or are isolated, then there’s no one there to respond if you overdose.”

While university students are considered a struggling group, they are not the only group whose mental health and substance use have worsened. “Alcohol use and drug use has significantly increased over the COVID-19 pandemic,” said Andrew (Hyoun-soo) Kim. “That’s the overall trend we’re seeing.” Kim is an assistant professor in clinical psychology at Ryerson University; he also directs the school’s Addictions and Mental Health (ADMH) Laboratory.

Kim cites alcohol sales as one key indicator that supports this larger phenomenon. When compared to March 2019, Ontario’s alcohol sales in March 2020 (when COVID-19 lockdowns first took effect) increased by 38 per cent.

More locally, paramedic data shows that the area surrounding campus sees significantly more opioid overdose calls than other parts of the city. Even after Ryerson’s campus emptied in response to COVID-19 protocols, the density data does not appear to have changed. University students are not alone in their negative reactions to the pandemic.

This is because the community surrounding Ryerson is an at-risk community for addiction. One determinant that both Rychlo and Kim point to is housing insecurity. “We know that one robust risk factor for both addictions and mental health is housing and housing inequality,” Kim said. “When you have a housing market like Toronto where there is unaffordable housing, that’s going to lead to increased mental health and addiction issues.”

While many predicted that housing prices would drop as a result of the pandemic, housing has actually become less affordable. In February 2021, detached homes in Toronto were, on average, 23.1 per cent more expensive than they were in February 2020, a month before lockdowns took effect.

“It’s easy to label someone’s substance use as problematic,” Rychlo explained. “But the root issue of the person’s scenario might be that they have insecure housing and are using substances to cope.”

Rychlo and Kim both asserted that tackling the issue of substance use at multiple social angles is an effective way to combat it. The Ottawa research team behind the study agrees. “Addressing student well-being and developing systems to mitigate potential declines in well-being will continue to be essential as the pandemic evolves.” 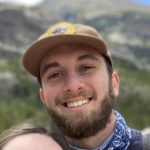