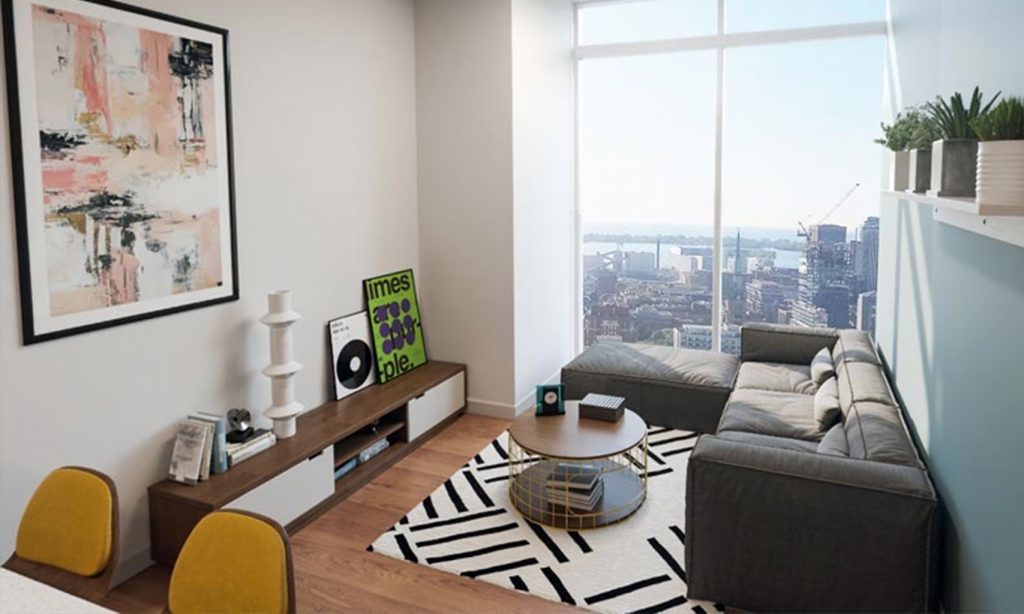 Ryerson University is set to open a new — and pricey — student residence this fall. The new building, HOEM, will be the university’s largest residence and will be open to both lower and upper-year students, a first for Ryerson. The last time Ryerson opened a new residence was 25 years ago.

The 30-floor building, located at 186 Jarvis St., has been in the works for several years and is the result of a partnership between the Canadian Student Communities Inc. (CSCI) and Ryerson University.

Matthew Stein, project manager at CSCI, explains that this building was designed with students in mind.

“Any student who attends Ryerson can live at HOEM. There’s no restrictions based on how far you live or anything like that,” said Stein. “We’ve split the building to make sure we’ve allocated a certain number of rooms to provide opportunity for upper-year students, while still having plenty of room for first-year students.”

While a student in any year of study can live at HOEM (a play on “home”), there are barriers as to who can afford to live in this new luxury building. 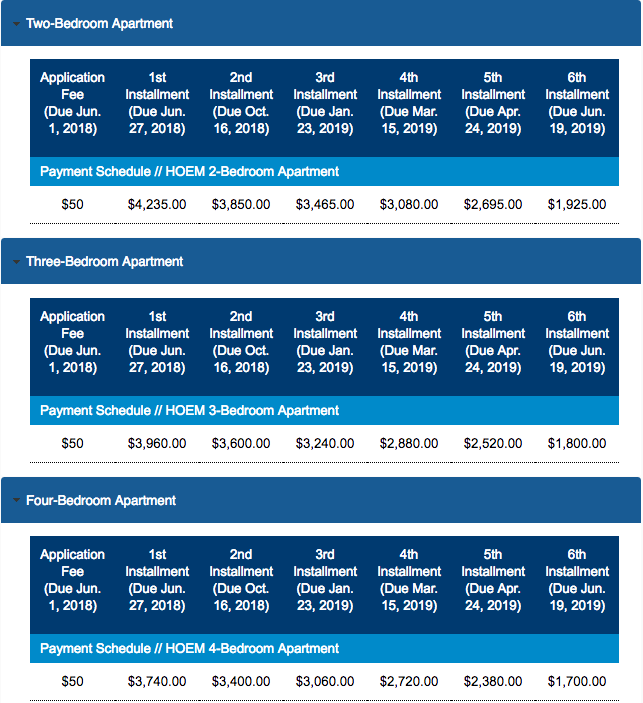 Earlier this year, the 14th annual edition of the Demographia International Housing Affordability Survey was released. The report states that even after considering the least expensive housing in Toronto — apartment condominiums — the city is now ranked 21st out of 293 cities around the world when it comes to unaffordability. And according to Arun Arulparan, a fourth-year engineering student at Ryerson, buildings like HOEM play a big role in that rank.

Arulparan considers the new housing to be a ripoff.

“This isn’t fair to students. Not many people can afford to pay $1,400 a month without some sort of loan. Even then, there are cheaper alternatives around the area that are around $1,000.”

Stein said that the cost was decided based on value and neighbouring market prices.

“It’s an alternative offering to what Ryerson currently has. If cost is the primary concern, students won’t apply to HOEM, but to the many students that are applying, we feel that the value is there.”

“It would help take away the stress of dealing with a landlord and searching for a decent apartment near Ryerson.”

Though Kulvart believes this will be a better and more convenient option for students, not all agree after taking a look at the additional costs.

Applying for this residence means accepting a 50-week term as opposed to other residences which are 32-week terms. That means that if you aren’t planning to stick around for the summer, you will have to sublet your unit.

Additionally, utilities are not included and have been estimated by the Ryerson Housing Office as $35 per person per month.

The four-bedroom apartment is the cheapest option for HOEM units. Two-bedroom and three-bedroom “pads” are available at a higher cost of $360 to $385 per week.

Additionally, Stein said that the facilities available, along with the location are what make the building unique and worthwhile. Each unit in HOEM includes internet and kitchen appliances such as a stove, dishwasher, bedroom locks and in-suite cleaning.

Additionally, there are student facilities in the building like a fully-equipped gym and study spaces.

“The building and the amenities look really great, but as Ryerson students we already pay for the campus gym in our tuition. Having a gym inside the residence isn’t exactly necessary,” Arulparan said.

“We want to give people the opportunity to have a selection,” Stein said, “We asked ourselves, ‘Are we delivering the value for which we’re charging?’ and we believe we are.”

Jacqueline Anderson, second-year business management student, said that applying to HOEM isn’t something she can consider after digging further into the cost.

“As student-friendly as they’re trying to make this seem, there are too many cons that come along with it,” Anderson said. “Knowing that I would have to put down over $3,700 before moving in is unrealistic. That’s not even including food costs or tuition. I just don’t see how this is a good option for average students.”