Ryerson says the updated policy will cut down on paperwork for students seeking accommodation.

Students seeking time off for religious holidays must submit requests within two weeks of class starting, according to a new Ryerson policy.

But some students say that could be a problem, since the exact dates of some religious holidays aren’t known until days before the event.

“We don’t know the timing of when some holidays will fall,” said Komal Kamran, a member of Ryerson’s Muslim Students’ Association. “It’s an issue.”

For example, the Supreme Judicial Council of Saudi Arabia announced Sunday the Muslim celebration of Eid al-Adha will culminate on Oct. 15. Islam follows a lunar calendar, so the exact timing of certain celebrations can only be confirmed close to the date of the holiday.

In those cases, Kamran, a third-year biomedical engineering student, said she will email the professor to let him or her know she will not be in class.

The old policy on accommodating religious, aboriginal and spiritual observances required forms be submitted two weeks prior to the date.

The updated policy, which was passed during the Oct. 1 senate meeting, was changed to be consistent with the procedures students follow when submitting a request to the school based on medical or compassionate grounds.

“The procedures in the latter case were changed almost two years ago now,” said secretary of senate John Turtle. “The new procedures require students to submit their documentation to their program department, as opposed to individual instructors.”

This means students only need to submit one copy of the documents, said Turtle.

“We don’t know the timing of when some holidays will fall. It’s an issue.”

After the proper paperwork is filed, the program department will contact the student’s instructors to notify them that a student needs to be excused from a class or other scheduled activities for the religious reason, he said. Students are required to fill out a request for accommodation of student religious, aboriginal and spiritual observance form, as well as an academic consideration form. The policy previously stated students who needed such accommodation would have to notify professors within two weeks of the religious observation date, not the start of classes.

Turtle said students should still communicate with their instructor regarding missed classes.

Ann Whiteside, director of the discrimination and harassment prevention services (DHPS), said she had no idea Ryerson was looking to amend the policy, but she also said most religious accommodations are handled between professors and students.

“DHPS gets involved when there is a conflict,” she said. “We let them know if it’s (valid) or not.”

Turtle said the policy does its best to accommodate these situations. 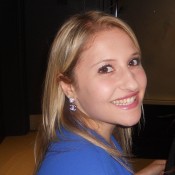