BREAKING NEWS
Toronto Public Health declares active COVID-19 outbreak in Pitman Hall
Tenth COVID-19 case confirmed on campus
For some students, marijuana is a useful study and relaxation aid
Ryerson’s therapy dogs miss you as much as you miss them
Spending a second Ramadan in lockdown
Arts & LifeDatingEducationMediaNewsOn CampusRelationshipsStudents

written by Rebecka Calderwood November 22, 2014
As it gets colder outside, people are layering up to keep their head, feet and hands warm – and their hearts.

A new Ryerson social media group, RU_inlove, was on campus Tuesday and Thursday asking students about their love lives and looking for those wanting a hand to hold during the holidays.

“We thought, what would be fun? What do people want to hear about? What do people sometimes like to talk about?” said Anna Sawchuk of the group. “We (said) dating, love – it’s basically promoting the dos and don’ts of dating, what people’s ideal dates are, and where they found love.”

Sawchuk, Cecilia Di Vito, Teresa Chan and Chelsea Kostrey are the love gurus behind the heart-y campaign. It all started as an assignment for a professional communications class. The task was to create a campaign and successfully use social media to create, maintain and sustain community involvement.

The group posted comedic quotes, popular memes and the stories of their subjects.

“By asking people, it might bring people out of their comfort zone,” said Di Vito. “But I think that’s a good thing, because people do take love really seriously but we’re all still young. It should be really fun. It should be approachable and you should feel comfortable, so (it’s) just bringing that silliness out.”

But the group had trouble finding people willing to open up – to them and to those they admire.

The group members weren’t sure if they would keep the campaign running after the class was over.

“Right now it’s just for our school project,” said Chan. “It’s getting pretty fun, so if it does actually get a lot of hits and it does become something, we might continue it.”

The group said that most past campaigns in the class did not continue after the week ended, but on Nov. 22 the group announced on its Twitter account they would continue the campaign the following week.

“If there’s a lot of engagement we’re going to keep it going. I don’t think there’s a reason to delete it once the week is over. People seem to like it so far.”

With the holiday season underway, RU_inlove said they thought it would be a good time to spread some love.

It’s asking students to send anonymous messages to someone they love, so it can post student love letters on social media platforms and around campus. 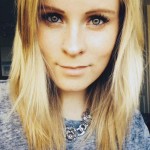 Entrepreneurship at Ryerson: a life skill that’s not just for entrepreneurs anymore