Building a one-stop subway extension in Scarborough could increase the commute time for residents by an additional 19 minutes, according to a new analysis by Ryerson researchers.

The research was conducted by associate professor Murtaza Haider, who specializes in statistical models and transportation planning, along with his research assistant at the Ted Rogers School of Management, Liam Donaldson. 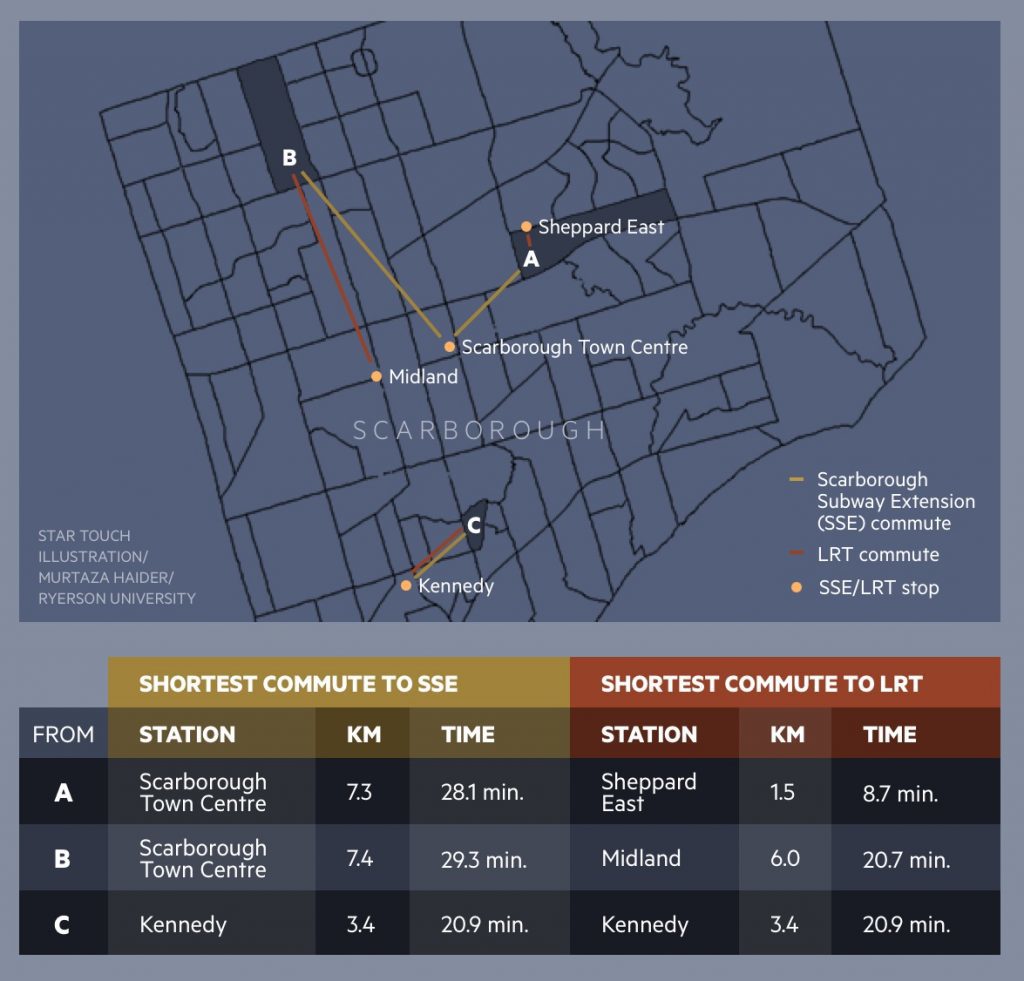 They used a standard transit planning method to calculate how long it would take a transit user to get between 123 different routes in Scarborough and the closest rapid transit station.

“It is so obvious, but still one has to quantify it, so we quantified it even though we knew the answer,” Haider told the Toronto Star. “When we quantified it, we see that most Scarborough residents would experience an increase in their access commutes to the nearest rail transit station.”

Haider and Donaldson used federal census data and public data from Google to analyze three commuting scenarios in Scarborough: one was with the existing SRT, another with the previously planned seven-stop LRT, and the final with the planned one-stop subway extension.

This means the average time spent on a bus with the subway option would be about 7 minutes longer than the LRT. A commuter would have to travel an additional 1.4 kilometres on the bus to get to the subway compared with the bus trip to the nearest LRT station.

Mayor John Tory defended the subway extension when he spoke to reporters while at a lunch with the Scarborough Business Association Monday. He also said that he believes the city has to move forward and that there needs to be a cap on where the debate ends.

When asked about Haider’s new research, Tory told reporters, “I don’t know how anyone can possibly reach those conclusions because the bus routes that would be reoriented in light of the subway extension and advent of the SmartTrack, for example, and LRT haven’t been determined yet.”

Tory said he is confident that the overall travel time will see significant reductions for many people as a result of the decision to build the Scarborough network transit plan, including the subway extension.