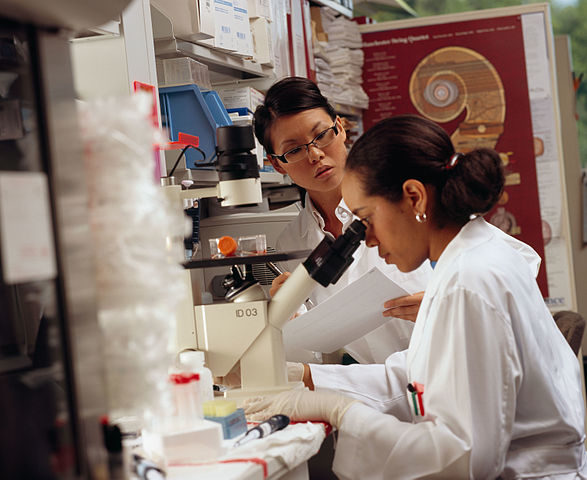 A new U.S. study found that male students in technical fields often underestimate their female classmates, but that’s not the case at Ryerson, says a representative from a campus group that encourages female participation in engineering.

Nika Zolsaghari of Women in Engineering at Ryerson said she’s actually heard the opposite from female students — that they feel like they’re treated like equals.

In fact, Zolsaghari, who is the group’s enrichment and outreach co-ordinator, said women in engineering often fare better than men.

“Our research shows that once they’re in the engineering program, they’re more likely to stick with the program than their male classmates,” said Zolsaghari, though she added it is a challenge to get women into the program in the first place.

The American study was conducted earlier this month at the University of Washington and used a sample of 1,700 students from the university’s biology program. The students were asked to rank their classmates based on whom they felt were the smartest.

The study’s authors claim that the findings speak to trends not just within biology but also in other science, technology, engineering and math (STEM) fields.

Imogen Coe, dean of Ryerson’s Faculty of Science, said that conducting a similar study might help explain the low enrollment rates of women in STEM fields.

“Would we see the same thing in Canada? Probably.” she said.

“We all come with implicit bias about other people and we need to be really careful and really self aware to ensure that these biases don’t affect the way we treat or view other people,” said Coe, who regularly speaks publicly about gender biases in the STEM fields and has also written about the issue.

The study said, “male students receiving high celebrity are reaffirmed in their abilities and are better able to advance through the STEM pipeline than women who do not receive this affirmation.” According to the authors, this dissuades female students from staying on and pursuing careers in STEM fields.

Coe attributes much of the disparities between genders in STEM professions to cultural conditioning that she said, “we are immersed in since we are born.”

Arman Hossain, first-year electrical engineering student said, “(Men) get cocky. The guys that I talk to, they compare themselves to gods. ”

While discrimination against women in STEM may not be overt, the study suggests that minute attitudes held by male students may have a role in the attrition of women from the STEM field. Further to that, these effects compound over time, as male students become male employers or faculty who are placed in roles that involve hiring and selection.

According to Statistics Canada, women in 2011 filled only 22 per cent of all STEM jobs, even though they accounted for 39 per cent of graduates from STEM programs. Female graduates also had a higher unemployment rate than their male counterparts.

“To stay in STEM you have to believe you can do it, and one of the things that can convince you of that is your peers saying you can do it,” said Sarah Eddy, co-lead author of the study.