Please don't call it a food swamp: U of T expert 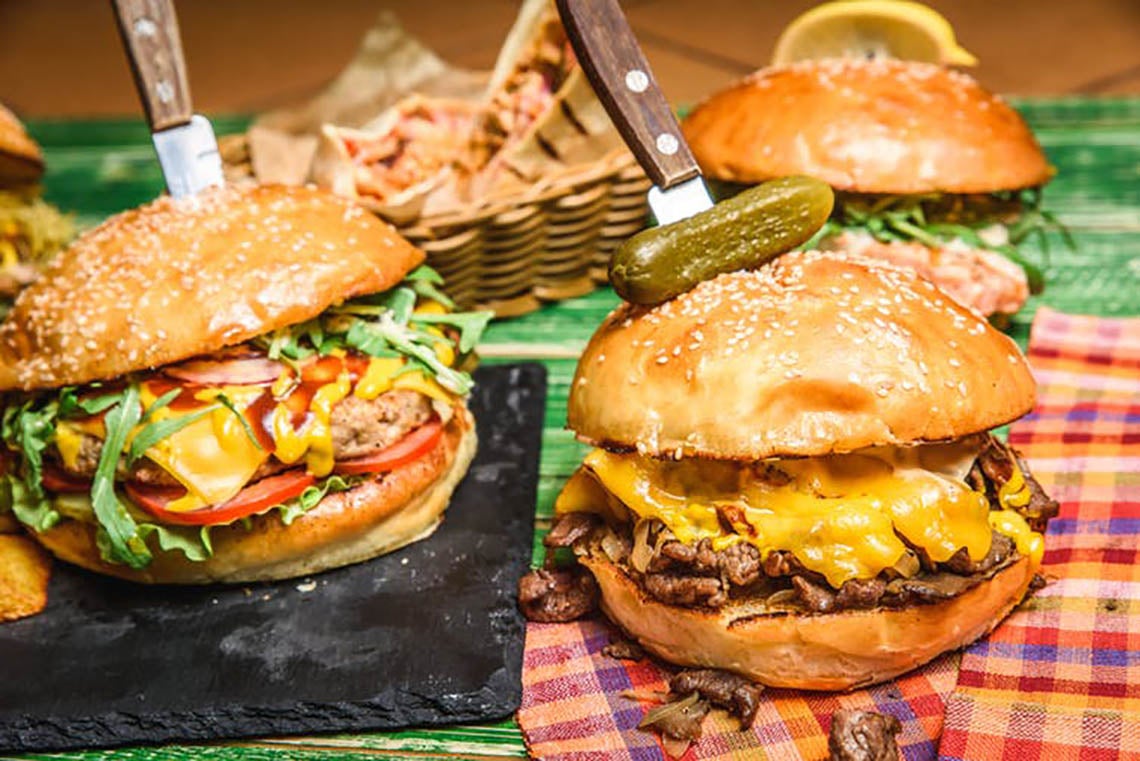 Food is sold everywhere – at the gas station, in the drugstore, at the coffee shop and the corner store – even where you go to buy discount homewares you’ll find caramel corn to go with your towels. Then there are the ubiquitous fast food joints promising to nip your hunger at any time of day and supermarkets selling baked goods, chips and ready-to-go just about anything.

Generally, what’s for sale at these places is not the kind of food that is good for your body. That’s why in public health several years ago, people began to call this retail landscape a “food swamp.”

Food swamp describes an urban environment where there is a lot of food for sale that is not nutritious, or worse, and therefore is seen to be a threat to public health. This foodscape is typical of the North American food system that is corporate, industrial and increasingly global. A whole lot of us live in food swamps.

A food swamp is different from a food desert. Food deserts are neighbourhoods where it is not easy to buy healthy foods, like fruits and vegetables, because there aren’t any grocery stores selling healthy options.

Interestingly, food deserts are mostly an American phenomenon, while in Canada, food swamps are more common.

And this retail environment filled with sweet drinks and ultra-processed foods is not good for our bodies. In Baltimore, one study found that adolescent girls living in a food swamp had consumed more in snacks and desserts than those not living in food swamps. In Ontario, young adults living closer to a high number of fast food restaurants relative to other kinds of restaurants were significantly associated with a higher incident rate of diabetes.

So, the term food swamp plays on old meanings of swamp — a landscape assumed for centuries to be dangerous to health and life.

Using the metaphor food swamp to describe the risk posed by the retail foodscape distracts from a serious health consequence of the food system: It obscures the food system’s impact on ecosystems and the biosphere, our life support systems.

Rethinking the term and coming up with another way to articulate the health risks of the retail food environment can better help to distinguish healthy from unhealthy food.

What is a swamp anyway?

A swamp is a forested wetland where the soil is rich with nutrients and where there is great species diversity. Global society recognized the interdependence of humans and their environment in 1971 when the Ramsar intergovernmental treaty was signed to protect wetlands.

Of course, these soggy ecosystems haven’t always been viewed positively because disease-spreading mosquitoes do breed in them. However, wetlands are also seriously supporting health.

They filter and detoxify water, including water we use to grow food. Swamps protect our communities by retaining floodwaters and support biodiversity. And they provide food and hold profound cultural significance, specifically for some Indigenous communities.

Swamps also support ecological determinants of health. Just as social factors such as racialization and gender affect our health, ecosystems play a role in shaping human health. So wetlands – swamps – are essential ecosystems because they support our health and our food system too.

The problem with the term food swamp is that it denigrates the swamp and its ecological determinants of health. By trash-talking this vital ecosystem, we obscure the fact that our food systems pose a grave threat to human health – because of their consequences for the body and their grave impact on our environment.

The corporate and industrial food system contributes substantially to environmental degradation such as water pollution, biodiversity loss and soil erosion. It also contributes significantly to greenhouse gas emissions, including from the livestock industry. The problem isn’t with swamps. The problem is with how we’re treating the swamps and other ecosystems.

The risk of this term isn’t merely semantic. Historians such as William Cronon and David Arnold have demonstrated how the way we construct nature and its landscapes in Western society – the way we talk about nature and the beliefs we hold about it – can have a profound impact on people’s lives. Cronon describes how American society’s idea of nature in the 19th century as a virgin wilderness was a harmful colonial idea.

The belief that nature was wild and empty flourished among settlers in the United States after Indigenous people were forcibly removed from their lands. This settler fantasy inspired the creation of the National Park System and erased for them the fact that their violence was the reason these parks were no longer home to Indigenous people.

A version of nonhuman nature that is hostile to the connection between our species and the biosphere is constructed when the characteristically North American retail foodscape is called a food swamp. In some ways it’s an obvious metaphor – in the Middle Ages in Christian Europe, swamps were seen to be evil places with monsters and, in the 19th century, the miasmas, a poisonous vapour the medical community thought caused infection, were associated with the swamp.

So, food swamp conjures up an idea of the danger that can be found in a glut of unhealthy food there. But this term misses the mark, not only because it miscasts wetlands. By equating the retail foodscape with this important landscape feature, we perpetuate the idea that humans are an exceptional, self-maintaining species when in reality we rely on the biosphere and its ecosystems to live and to be healthy.

This criticism has broader implications for what we call healthy food. If you consider an ecosystems approach to health and think of human health in relation to ecological systems, then the question of what food is good for you shifts.

The question isn’t whether a kale salad is healthier than a hamburger because of what happens in your body. Rather it evaluates the healthiness of a food based on the food system.

It judges its impact from the farm all the way to the store – and then to the body. It’s a way of looking at the health of food that you might not find in popular theories about nutrition. But if we begin to look at our food ecologically we may find a path to long-term healthier food systems.

Sarah Elton is a PhD candidate in social and behavioural health sciences at the Dalla Lana School of Public Health.

This article was originally published on The Conversation. Read the original article. ‘The public health evidence is clear’: Salvatore Spadafora on U of T’s vaccine requirement From geology to pharmacy: U of T experts receive $1.8 million to advance virtual learning Which U of T campus is best for you? A quick look at what makes each one unique

Get faculty and staff news delivered straight to your inbox.

More U of T News Moderna gives bigger antibody boost than Pfizer in elderly: U of T researchers