No fast cash for fastpitch team 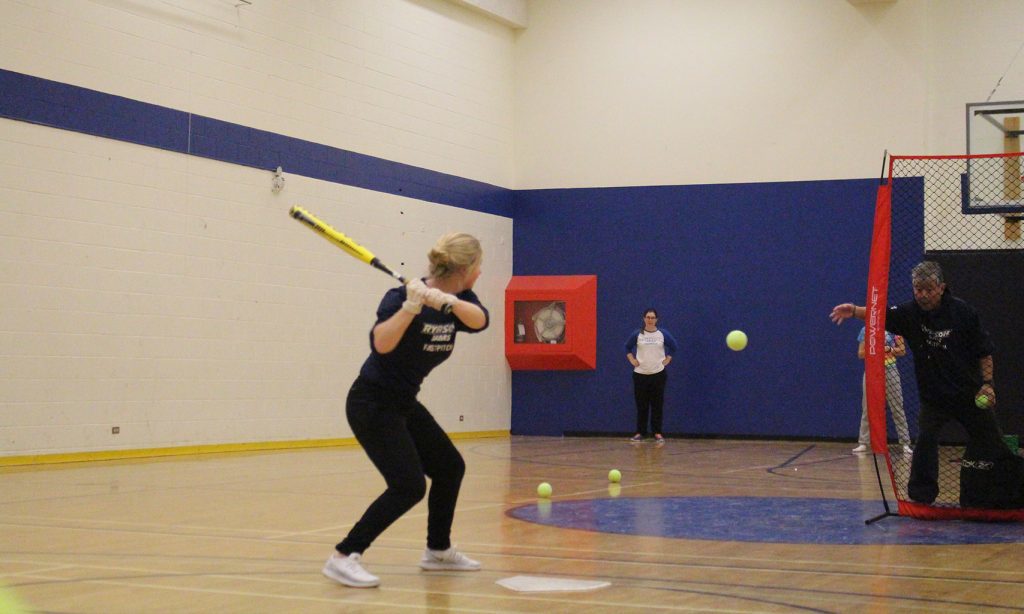 As the Ryerson women’s fastpitch team gears up for its third season, head coach Wayne Nishihama said their focus is on building the team, both professionally and financially.

The softball club launched its first online fundraiser through GoFundMe last August, as it does not receive funding through Ryerson Athletics. After securing fifth place in the Ontario Intercollegiate Women’s Fastpitch Association playoffs (OIWFA) last October, in the club’s second season of existence, they’ve raised $1,710 of their $5,000 goal.

That money is earmarked for operational items, such as uniforms, travel costs and league fees.

The fastpitch team is a club under the Ryerson Athletics banner, not a varsity team. According to Rams varsity operations co-ordinator, Nick Asquini, only varsity teams are funded by the school.

Ryerson Athletics uses a tiered system of funding for their sports teams and clubs, which determines how much money each type of team receives. Athletics did not disclose to the Ryersonian exactly how their funds are allocated to teams, and did not provide documentation after multiple requests prior to press time.

“The model for our clubs is that they are self-funded, self-sustaining,” Asquini said. He added that teams may receive funding from what Athletics calls a “one-time only case,” in which extenuating circumstances regarding money present themselves to the affected club.

The fastpitch team did receive a one-time grant from Ryerson Athletics this past season, when they made the playoffs. They have also recently applied for a grant from the Ryerson Students’ Union (RSU), which is offered to clubs and other student initiatives.

Most of the fundraising will be done by the team this year, through the online drive as well as other initiatives.

“(The players) have to be part of building the team all year-round,” said Nishihama. “Doing fundraising, showing their presence at school and in the community.”

The team is planning to volunteer at Brampton Ribfest in May, earning tips to put towards the fund. Pitcher Samantha Jackson said the players often find creative ways to raise money. Jackson and her teammate Vanessa Flacco both live in campus residences. They try to collect bottles for recycling money.

According to Jackson, the team’s efforts to make a name for itself has worked. Jackson heard about the fastpitch team when she was first applying to Ryerson while living in British Columbia, and sent Nishihama clips of her pitching and batting. She was recruited to the team before landing in Toronto.

Recruiting players out of high school is something new to the team, but something that Nishihama said they are now able to do more often.

“With a little bit of recruiting we can get the right players in there,” said Nishihama. “We’re going to try to go top three in our division, if not top two.”

Emily Rickson, one of the captains of the team, has high hopes moving forward.

“I think we’re going to have even more of a breakthrough than we did this year,” she said. “We’re working really hard this year to improve our skills and our team as a whole.”

The women’s fastpitch team is considered a competitive club under the Ryerson Athletics tier system, but Asquini said that club teams have the opportunity to be considered for funding, depending on how long the team has been around and how successful they’ve been while competing.

“It’s a conversation we kind of anticipate having in the next few years with pretty much all the clubs that have been operating and competing for the university for a number of years,” said Asquini.

Jackson said she is optimistic about the club’s future. “After I graduate, it’s going to keep going on and moving in the right direction,” she said.

The fast pitch season begins in September, giving the team a few months to raise what it needs.

VOICES: I found my fantasyland on the ice