The Ryerson Students’ Union (RSU) passed a motion at its semi-annual general meeting Nov. 11 that it called for an expansion of the program after the pilot project was dubbed a success by the union and the Recreation and Athletics Centre (RAC).

But a spokesperson for the RAC says they’re not currently interested in expanding the program, saying the centre can’t affor

“It’s not something that we are looking into immediately but it’s definitely a part of the evaluation process,” said Anthony Seymour, the RAC’s manager of recreation.

“Some of the feedback we’ve been given is that the RSU is looking for women-only gym time during more primetime hours.”

“There are no plans at the moment to expand the program,” he said.

It’s simply not plausible for the RAC to have a women’s-only session during peak hours – such as lunchtime – because the centre is already too busy, according to Seymour.

Since the introduction of the women-only gym time in early September, the RAC has seen approximately 30 to 50 female members working out during any given session, up from around seven women working out before the program was implemented, according to Pascale Diverlus, the RSU’s vice-president of equity.

“The RAC knows we want an expansion on the program but we need to talk about what it will look like,” said Diverlus.

As of mid-November, Seymour said the afternoon sessions usually bring in 33 female members, while the morning sessions average roughly 25 women per session.

“Females are now coming in and being able to work out and have the opportunity to learn exercises and they seem to be feeling much more comfortable,” says Seymour.

“I’m seeing an increase in women in the weight room overall and not just in the women-only time.”

The gym time is allotted for anyone who self-identifies as a woman and is available for 90 minutes, five days a week at the RAC.

Seymour said that despite the success of the program, the RAC isn’t looking into expanding the gym time immediately because of the overall student demand for the RAC’s facilities.

But he hopes that someday athletics could create a “truly women-only space.”

This space would be where women can exit the change room and walk straight into the weight room. This currently isn’t possible at the RAC because the design doesn’t allow for it.

“Athletics continues to look for spaces they can use on campus or space we could acquire,” says Seymour.

“It’s something that’s on our mind – how we could bring more women’s-only places to campus, or have a true women-only space.”

The women-only gym time was an initiative put forward by the RSU about a year ago after numerous student groups came forward with concerns about privacy at Ryerson’s two athletic centres.

For religious and cultural reasons, many students couldn’t use the RAC’s facilities and wanted to feel comfortable working out.

“We had a petition with over 2,000 signatures on it and we were able to meet directly with the director of the athletics department, Dr. Ivan Joseph,” says Diverlus.

From there, the RSU and RAC promoted the pilot program by creating signage, advertising it in the RAC’s program guide and reaching out to women on campus.

Seymour says there are are no plans to introduce the program at the Mattamy Athletic Centre because it’s “wide open” and it’s too difficult to create the same privacy that can be done at the RAC. 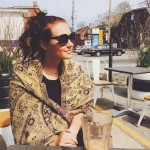