The average number of graduating students in Canada is over 300,000 every year, according to Statista

With the stress of the pandemic, it isn’t easy for newly graduated post-secondary students to look for employment. The Toronto Community and Culture Centre (TCCC), a non-profit organization, is stepping up to help.

Sara Lin studied business administration and human resources at Centennial College and graduated in April 2020, amid the pandemic shutdown.

“I had hoped that I could find a full-time professional job before the pandemic happened,” said Lin. “The reason I chose this three-year program was because it was popular and seems to have a high employment rate. That, along with having a decent GPA, made me think I was in a great position.”

Lin is one of many new graduates across the world that have suddenly found themselves shut out of the labour market as the economic toll of the pandemic intensifies.

According to Statista, the average number of graduating students is over 300,000 every year since 2000.

In May 2020, student unemployment rates reached 40 per cent, according to Statistics Canada. The highest youth unemployment rate since 1976, which is as far back as data can be found on their website.

“I sent hundreds of emails out and applied everywhere but never got any reply,” said Lin. “I was very depressed and discouraged, and my hopes dashed.”

In order to make money to support herself, Lin got herself a part-time job at a local bakery in June 2020 making minimum wage. It was a far departure from her original vision of a post-graduation life.

Lin worked at the bakery for about seven months until the day she saw the TCCC’s ad online offering employment placement workshops and internships to help students look for a job.

“When I saw the ad of the TCCC, I had no idea if it was going to work but I decided to give it a try,” said Lin.

TCCC is a non-profit organization that was established in 1995. It is the leading organization of the mainland Chinese community in youth employment programs. In the past decade, they have had experience in dealing with youth programs, including youth employment, youth leadership, and summer job placements. They have helped more than 3,300 young people find jobs.

When the pandemic started, in an attempt to help post-secondary students seeking employment navigate the job market, TCCC moved to offer workshops series and internships focused on applying for jobs.

The workshops at TCCC provide opportunities for group or one-on-one training to ensure students have the tools needed to search for jobs. This includes market surveys, resume preparation, mock interviews and other soft skills. TCCC also offers networking with employers and has many connections to a variety of companies and organizations.

Lin joined the TCCC internship for two months. Through networking, Lin successfully found a full-time administrative job at a dental office. Although it is just an entry level administrative job, she said it is at least related to the program that she graduated from.

“It has been really good,” said Lin. “Every time I go to work, there’s something different to do and to learn. I am very glad that I chose the TCCC internships, it is really worth it.”

Peter Zeng, a mathematical economics and applied mathematics program alum from the University of Waterloo, found his professional job at the Bank of China in Canada after he attended the TCCC’s workshop series.

Zeng said that he had known about TCCC’s employment services for many years, but he never thought that he would join their workshops one day. After looking for a job for several months, Zeng decided to attend the TCCC workshops for three months.

“What I found most helpful in the workshops series was the mock interview. It helped me a lot,” he said. “As an international student who came from China and didn’t know the culture well, it was very important that I not only felt prepared but also confident and competitive on both the academic and applied policy job markets.”

Upon completion of the workshop, Zeng felt more confident to look for a job. He then sent his resume to the Bank of China in Canada and passed the interview successfully. Now, he is a full-time employee at the bank.

TCCC has gained experience preparing graduate students for applied research careers and has helped 75 young people find a job during the pandemic.

In order to better serve the situation during COVID-19, Simon Zhong, the executive director of TCCC, moved fast with his team to set up these workshop series to help as many entry level graduates as possible in the tough COVID-19 job environment.

“Fortunately, we had put together a series of job market preparation workshops and internships for the recently graduated students who are looking for a job,” Zhong said. “But I have to attribute the graduates’ success not just because of our programs, but their own unique skills, drive and ambition. Sara Lin and Peter Zeng have done everything we have suggested to improve their skills and marketability and we are very happy to see they found the jobs that they want!”

Joanne McNeish, associate professor at Ryerson University’s Ted Rogers School of Management, provided some additional insight and useful tips for university students who are looking for jobs, including keeping up with job postings, practicing online interviews and maintaining a professional LinkedIn account.

“Follow companies and industry sectors in which you are interested. Post, react and comment thoughtfully,” said McNeish. “It is worth applying for jobs so you get practice at writing cover letters and seeing what’s out there. Make sure your cover tells the company in one or two sentences what you will do for them, not what you are hoping to learn.”TCCC has offered and provided a number of services targeting the Mandarin community members but is open to all. For students looking for jobs, they can contact the TCCC directly. 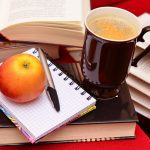