Ryerson’s Oakham House Choir has not received as much funding as it needs this year.

The choir, an Oakham House society, gets its funding from the Palin Foundation, a not-for-profit organization founded in 1976 to manage Oakham House and now the Student Campus Centre. The organization maintains the physical building and provides space and funding for student groups.

Caryl Arundel, a volunteer executive of the choir and a public policy management consultant, says Michael Verticchio, the Palin Foundation’s general manager, approached the choir at the beginning of the year to inform them their funding amount would be capped.

“It was a change in our funding relationship,” Arundel said.

The amount approved was “similar” to their budget but was less than the choir expected. The choir had to raise ticket prices by $5 and find savings to cope with the amount it was given.
“We had to reduce what we planned to do this year,” Arundel said.

The choir uses the money to support student involvement, among other things. Students do not have to pay a fee to sing in the choir; non-student members do. The funding the choir receives is necessary to its survival.

The choir cannot run a deficit. Funding from the Palin Foundation covers the gap between the money the choir receives and the money it spends.

“We work hard to bring in as much money as we can,” Arundel said. “We never break even.” 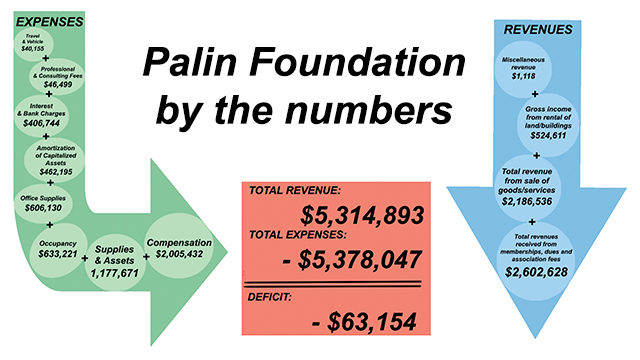 The Palin Foundation handles more than $5 million a year maintaining Oakham House, the student centre and funding for student groups.

About $2 million of this funding comes from a $30-per-semester fee charged to each student. But the foundation is not without controversy. Whether it’s disputed contracts, overspending, or its close ties to the RSU, the foundation keeps finding itself facing trouble.

Ron Stagg, a Ryerson history professor and former Palin Foundation president, says when the Oakham House arrangement was established in the 1980s, the goal was to model it after the University of Toronto’s Hart House. Hosting student groups was central to that goal.

Verticchio said in an email that the foundation today supports student groups in three ways: by providing free space to student groups, the RSU and CESAR; by allowing student groups to reserve the Ram in the Rye and charge a cover to raise money; and by providing base funding to certain groups, called Oakham Societies.

Oakham societies receive funding based on a budget they submit at the beginning of the year. Each group’s experience is different.

Unlike the Oakham House Choir, Ryerson Community Theatre hasn’t had any problems meeting its budget. It only requires money to rent a theatre to perform.

McClung’s Magazine, a Ryerson-based feminist publication, declined comment, saying only that its funding has been “about the same” and that it is “able to get by” with the amount of money it receives. A small dip in funding reduced the magazine’s circulation to 750 copies of the winter 2014 issue, down from 2,000 copies of 2013 issues.

The dip in funding is likely because the foundation is running low on cash.

Last semester, The Ryersonian reported that the Student Campus Centre is dealing with a $63,154 operating deficit in this year’s budget. It also received less than $13,000 in operating cash — a massive decrease from the $929,735 it had the year before.

Since the Palin Foundation is a registered charity, it must file yearly documents about its funds and activities with the Canada Revenue Agency. According to the documents, the foundation’s two main sources of income are revenues from “memberships, dues, and association fees” at $2.6 million and revenues from sales of goods and services at $2.1 million. The foundation also earns revenue by renting out rooms at the student centre.

The two largest sources of expenses are staff salaries and “purchased supplies and assets,” which is mostly spent on food and beverages. The foundation spends more than $2 million on staff compensation, paying 20 full-time and 130 part-time employees. Supplies and assets cost less than $1.8 million.

The audited report obtained by The Ryersonian last semester said the lack of funds was due to “higher than expected spending on capital purchases.”

Verticchio could not comment on individual salaries, but said the number of hours is tied to the sales of the Ram in the Rye, the Oakham House Cafe and Conference Services.
“The more business we receive, the more hours we provide our staff,” he wrote.

Nobody who sits on the board of directors receives compensation.

Verticchio also said the Palin Foundation’s funding is not tied to the RSU’s funding.

The RSU does, however, have close ties to the foundation. The Palin Foundation board of directors reads like a students’ union grocery list: of the 11 seats on the board, five members are RSU executives and at least three are CESAR executives.

Aside from their positions on the board of directors, Verticchio says the  RSU operates as “an arm’s length organization.”

Stagg says the board used to be composed of faculty, staff, students and alumni. The student unions each had one seat.

Complications arose with the opening of the Student Campus Centre in 2005.

It was unclear who would run the student centre, however. A group called the Student Campus Centre was proposed – it would have a board of 11 seats, with eight reserved for representatives from the student unions, two from the university and one from Ryerson Centre.

The student unions were upset with the agreement, however, and backed out, leaving a leadership void.

Although the proposal gave them a majority of positions on the board, they wanted more control.

The student unions, which ran a used book room and copy centre, were concerned that the proposed group would try to run competing services. They also wanted control of the building’s front desk.
A report in the Eyeopener says that the unions wanted to limit the amount of money given to student groups. The original agreement guaranteed student groups as much funding as they had in the past and allowed for future funding increases.

At the time, Stagg said he feared that the unions would have too much control.

“The student unions, not the students, will be in complete control of the SCC,” he told the Eyeopener in 2005.

With the student unions backing out, the only group left in charge was the Palin Foundation.

Yet the unions said that they, as members of the Oakham House Management committee, had legitimate control over the buildings.

The Palin Foundation said the committee did not exist and that it alone had legitimate control over the building.

The deadlocked negotiations were costing the university money; Ryerson paid $300,000 to maintain the building while the organizations argued over who would have control. Ryerson’s president Sheldon Levy prepared to intervene.

In 2006, Stagg was replaced as chair of the Palin Foundation.

Stagg said the student unions, backed by the Canadian Federation of Students, took over the foundation. He says they approached Levy and demanded that the students should control the organization.

Stagg said he was disappointed. He had wanted to stay until an agreement could be reached. He said he was worried about student groups being maintained at the time.
“We tried to work out an agreement to protect what existed,” he said.

In 2007, the agreement was finally signed. The Palin Foundation, without Stagg, promised the RSU more control of the foundation in return for more funding. It rebranded as the Student Campus Centre and gained control of Oakham House and the SCC building.

Now, the problems the Palin Foundation faces are more financial than political. If the foundation can’t find a way to raise more money or cut costs, organizations like the Oakham House Choir and McClung’s could be in trouble.

As little as he likes it, Levy may have to step in once again. “I think the university has to ensure that the Student Campus Centre is operational, (that) it’s working for the students and that (it) is fiscally responsible,” Levy said last semester. “What we would do (to intervene), I’m not sure.”

The Palin Foundation is working on getting itself out of its financial troubles. Last semester Verticchio wrote in a report that the foundation will “attempt to reduce spending by at least $100,000.”

It’s in the foudnation’s mandate to support student life within the walls of Oakham House and the student centre. Student groups like the Oakham House Choir need the Palin Foundation.

“We couldn’t survive without the money,” Arundel says. “We appreciate their support.”

Charts comparing the Palin Foundation’s major expenses, sources of revenue, and the resulting surplus/deficit from 2007-2013. Compiled by Peter Lozinski for the Ryersonian. All stats from the Canadian Revenue Agency: 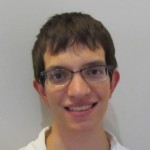