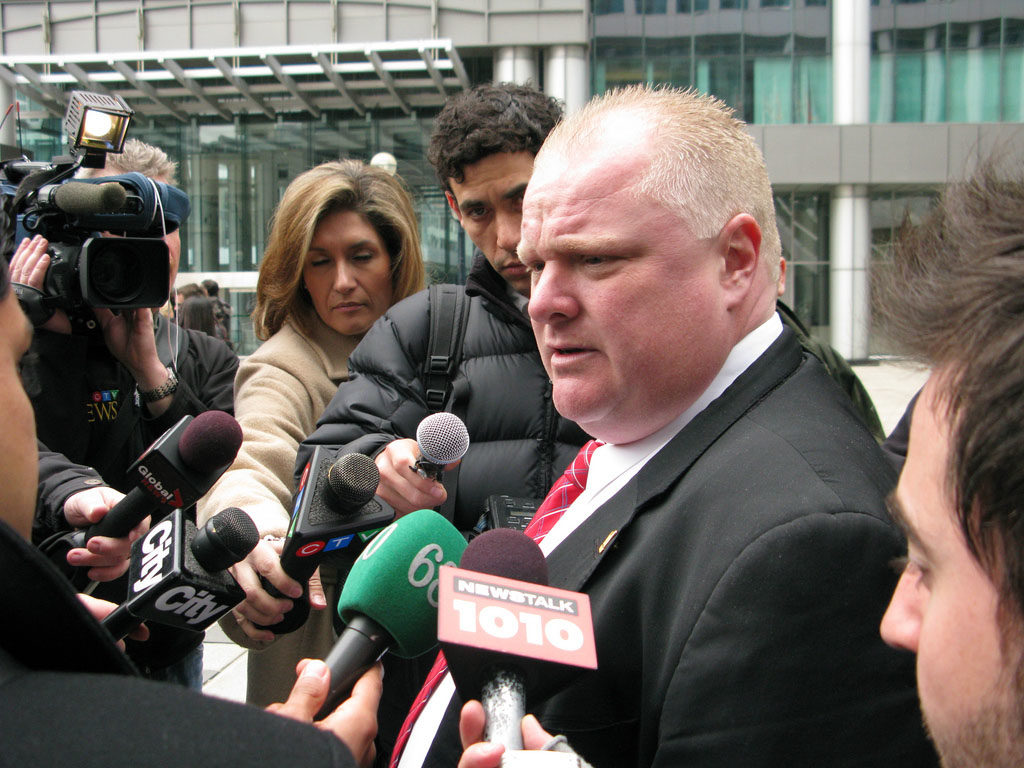 Ford had battled pleomorphic liposarcoma, a rare form of cancer, since late 2014. He underwent surgery in mid-2015 to remove the cancer, but two new tumours appeared soon after.

He went into palliative care on March 21 and died the following morning at Mount Sinai Hospital.

Ford will be remembered, for better or for worse, as a man who stood up for what he believed in.

He was a crusader and a man of the people, despite his wealthy upbringing.

But he will probably be remembered even more for his personal life, which was affected by drug and alcohol abuse, outlandish behaviour and scandal.

Ford’s undoing began in 2013, when reports of a video of the former mayor smoking crack cocaine began to surface.

Ford took a leave of absence from office in May 2014 as a result of the scandal.

City council took away most of his powers and Ford spent two months in rehab, still vowing to make a political comeback.

This comeback was cut short when an abdominal tumour and his deteriorating health forced him to drop out of the 2014 mayoral race. His brother Doug Ford ran in his place.

He was elected as Toronto’s 64th mayor in October 2010 after serving as a councillor in Etobicoke North for 10 years.

It wasn’t uncommon to see Ford handing out his business card or offering his cellphone number to Torontonians who needed help.

He would return every call.

As mayor, Ford had an ambitious political agenda. He eliminated the personal vehicle tax, prevented Toronto Transit Commission labour disruptions and reduced his office’s budget by $700,000.

When he wasn’t in his office, you could find Ford on the field coaching his Don Bosco high school football team.

He is survived by his wife and two children.