One student’s journey from Aleppo to Ryerson 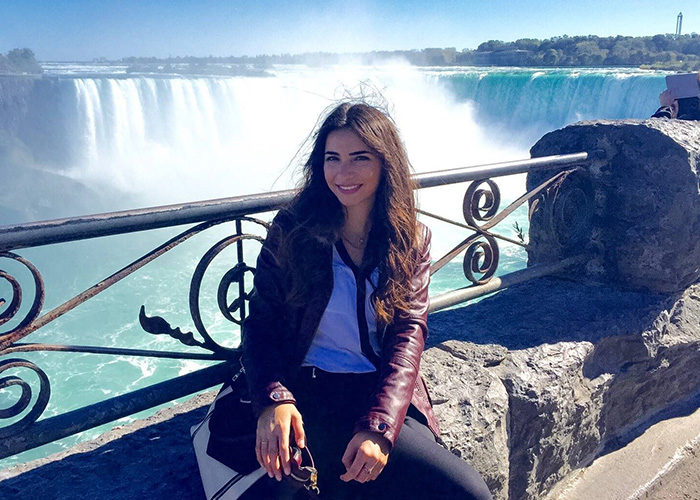 When Karina Kheshvajian, 22, finally arrived in Toronto, a year after leaving war-torn Syria, she had one goal: to go to Ryerson University.

When her Syrian-Armenian family fled Syria in 2014, Kheshvajian was just a year away from graduating with an economics degree from the University of Aleppo. It was difficult for her to abandon her studies, so when her family arrived in Canada, completing her education was her top priority.

“This is what I wanted from the beginning,” she said of coming to Ryerson. “I applied only [to] this school. I didn’t think about York, or any other schools.”

She had heard that Ryerson had a reputable business program, and she knew that it was where she wanted to go. She was determined to get in. And for this school year she did.

Her credits from Aleppo were not accepted by Ryerson, she explained. So, she had to start from the beginning. Now a first-year undergraduate student in the business management program, she’s thrilled.

The best part? She doesn’t have to worry about bombs.

‘I was so close to dying’

Many of Kheshvajian’s peers in Aleppo did not even bother going to school because it was so dangerous.

“You don’t even know [if] you will go back home, [if] you will be safe, alive, or not,” she explained. “In Aleppo, there is no safe place. You don’t know when the bombs will explode. It’s like a hell.”

She overcame her fears because school was so important to her. “You can’t stay at home because … you don’t even know,” she said. “Maybe, you will die [while] you’re sitting [in] your home.”

In January 2013, BBC reported that two explosions struck the University of Aleppo campus. Upwards of 80 people were reportedly killed.

Kheshvajian was there. She was writing an exam when she heard a blast nearby.

“It was so close,” she said, describing the pressure felt from the explosion.

She powered through and completed her exam despite the sounds of windows shattering in the aftermath of the explosion.

She remembered that the invigilators told the students, “’Don’t move, and don’t try to look, or cheat. Just stay where you are.’”

She recalled the terrible traffic on the streets that day. She remembered seeing blood.

“It was the worst day ever,” she said.

Close brushes with death became the norm for Kheshvajian, including the time a bomb hit the second floor of the building that she lived in. “There were times that I was so close to dying, but thank God, nothing happened. I didn’t even get hurt.”

She carried on with her studies. She took English classes and computer classes. “I wanted to do all this even if bombs were falling on the other street,” she said. “I didn’t care. Because, if I’m going to die, I will die.” 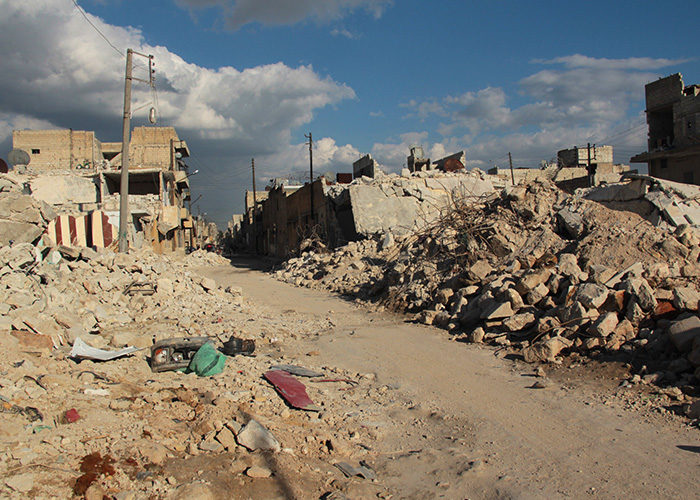 Kheshvajian said that there was no safe place in war-torn Aleppo. (Courtesy Foreign and Commonwealth via Flickr Creative Commons)

In July 2014, her family decided to go to Beirut on “vacation” for a few months. Kheshvajian was happy to get out of Syria. There were no airplanes flying out of Aleppo, so Kheshvajian, her mother, father, younger brother and sister (now 17 and 18, respectively) had no other choice but to travel to Beirut by car.

Kheshvajian explained that they essentially had to sneak out of the country. The roads to Beirut were heavily patrolled by police and military personnel. “It’s not safe … I couldn’t even sleep for [a] few minutes [during the trip], because we were so stressed.”

Once they finally made it to Beirut safely, Kheshvajian was in limbo.

Determined to get her degree, she had planned on returning to Aleppo over Christmas so that she could write her exams, “but the situation [in Syria] kept getting worse and worse,” said Kheshvajian.

Eventually, any possibility of returning to Aleppo was lost altogether, and a three-month “vacation” became an indefinite waiting game.

The family was determined to go someplace without conflict, where they could feel safe.

And so, they looked to Canada.

After nine months of paperwork and one year after fleeing Syria, the Kheshvajian family arrived in Canada as immigrants on July 28, 2015. They were sponsored by a friend of Kheshvajian’s mom.

“Everything [was] new,” Kheshvajian remembered. “Everything was different. Nothing … is similar to the country that I lived [in].”

The language is what shocked her the most. Though she had studied English basics at school, she was far from fluent.

“In order to do anything … anything … you have to know the English language well,” she said.

Her parents also struggled with English, so Kheshvajian took it upon herself to take care of things for her family. She even assembled all of her family’s papers in order to come to Canada.

Like many newcomers, one of the biggest challenges Kheshvajian faced in order to get into a Canadian university was passing an English proficiency test.

Acceptable tests include the Canadian Academic English Language Assessment (CAEL), the Test of English as a Foreign Language (TOEFL) and Ryerson’s own Ryerson Test of English Proficiency (RTEP).

Some of these tests can be quite expensive, Kheshvajian said. CAEL, for example, costs $225 plus tax every time an individual takes the test. Kheshvajian said she spent about a $1,000 on exams before passing the RTEP.

“I have lots of friends [here, and] none of them [have gone] to university [or] completed their degree because they don’t want to get stressed about this stuff,” said Kheshvajian. “They can’t pay all this money if they fail [the English exams].”

Kheshvajian got a scholarship for English classes through the Refugee Career Jumpstart Project, which helped her prepare for (and pass) the exam.

‘You have to work to live’

After a year, her family is adjusting to life in Scarborough. They continue to face some financial difficulties, but Kheshvajian is trying to help out as much as she can.

“I have fees at school, and also I have to support my family,” Kheshvajian explained.

When she’s not at school, she works part time as a junior accountant. “I’m either working, or at school or studying at home … doing nothing else.”

This is a stark contrast to what it was like for her in Aleppo.

“In Aleppo, you don’t have to worry about working and paying your tuition, at all. University [was] free,” she said. “Here, it’s completely different. You have to work to live.”

Despite the challenges of her family’s first year, Kheshvajian is excited about what is possible in Canada. “I will have a better career, [a] better future,” she said.

As a student, she’s still working to overcome the difficulties that come with studying in English, but she hopes that after a few months, she will start to feel better.

Kheshvajian said she sometimes hesitates to tell people she’s from Aleppo. She doesn’t want people to feel sad for her because she comes from a place of war. “We don’t want that,” she said.

For now, her main focus is getting her degree in a place where she finally feels safe.

Here at Ryerson, she said, “we are not worried about safety, or about our lives. [That’s] the most important thing.” 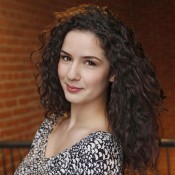 Gender identity is a matter of basic respect