A social media researcher disclosed at Ryerson that anonymity is only one aspect behind aggressive online behaviour.

For the first time in history, people who exhibit antisocial tendencies are able to reach a wide audience and impact the lives of people through social media websites.

But what drives these antisocial individuals? Is it the anonymity of being behind a keyboard, or is it something else?

Bernie Hogan, a research fellow at the University of Oxford, does not think anonymity is the sole reason behind online aggression.

He was one of the many academics who attended the fifth annual Social Media and Society Conference over the weekend at the Ted Rogers School of Management. The event was organized by the Social Media Lab at Ryerson University.

According to the conference’s official website, its main focus is to study the “impact and implications of social media on society.” The two-day event brought together social media researchers from around the globe.

Hogan discussed his research in his presentation entitled, “Do Pseudonyms Enable or Unleash? An Empirical Investigation on Twitter.”

According to Hogan, anonymity is neither a necessary nor a sufficient condition for online aggression.

He had evidence to back up his claim.

“We found evidence that both anonymous and non-anonymous people were saying offensive content,” he said.

While anonymity can be used as a shield for cyber bullies to hide behind, anonymity also protects the identities of those who genuinely need it.

Therefore, Hogan said we should not associate anonymity with trolling because “we embed in that coupling certain ideologies and certain policy decisions that may harm other people who require the protections of anonymity.”

“The sense of having anonymity or operating undercover does make people do things they wouldn’t ordinarily do,” Amitay said.

There are many people who do not have sociopathic tendencies, yet feel invincible behind a keyboard. Amitay refers to these individuals as “keyboard warriors.”

He said studies show that individuals who participate in online acts of aggression score higher on sociopathic, narcissistic,and amoral traits.

According to Amitay, this is the “first time in history” where such individuals are able to broadcast their thoughts on a wide-reaching platform.

“In the old days, most of these people would have ended up isolated. Some of them would have written angry letters to newspapers or commentaries. But today, it’s the first time that such people have a voice that they wouldn’t otherwise have,” he said.

Mob rules can apply to social media as well. In the offline world, when one or more people start doing something, more will follow suit. Online, where people feel there are no repercussions whatsoever, it is likely that even more people will get involved.

“When you have people jumping all over other people, it does make people more inclined to jump in,” Amitay said. “They might not necessarily be bad people, but it’s easier for them to get caught up in the crowd.”

For those seeking legal protection from online aggression, the Toronto Police Service has a cyber crime unit that deals with complaints.

“It’s obviously something new, and it’s something that is very different than the old traditional method of investigation, so this obviously employs a lot more technology,” said Const. Victor Kwong, a media relations officer for the Toronto police.

Kwong said that cyber bullying isn’t distinguished from other forms of harassment.

“The crime itself is no different from any other criminal code crimes,” Kwong said. “So whether it be harassment (or) threats, the medium is different, but the charges are still the same.”

“If you are sending threat messages all the time or just bombarding their account with messages, then it will be something like harassment. If you are threatening their life then it is threatening death, the charges are still the same as if you did it in person,” he said.

The police will not get involved unless the victim complains, or if public safety is threatened.

When the online messages involve defamation, then it becomes a civil court issue.

In an email, Dr. Brett Caraway, a professor at the University of Toronto’s Institute of Communication, Culture, Information and Technology, said: “If someone proves defamation, there is typically a monetary reward awarded to the plaintiff. Canada does have criminal defamation laws that can result in prison sentences. But my understanding is that these laws are invoked rarely.”

In the U.S., there are some state and municipal laws targeting online aggression, but nothing at the federal level.

Amitay says that a lot of trolls are not dangerous, but some can be.

“In the old days, they would be burning crosses on people’s lawns — not (by) themselves, but part of a bigger group,” he said.

“Some of these trolls truly are dangerous, most of them are really impotent.” 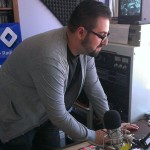 SLC to be environmentally-friendly, with green roofs, a rainwater plumbing and natural light