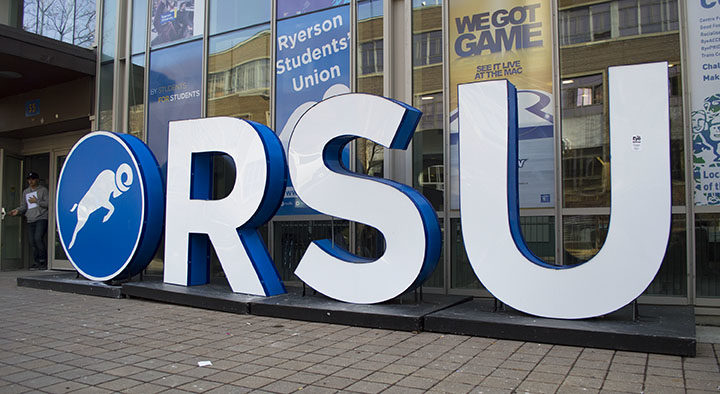 Students will be able to vote in the Ryerson Students’ Union (RSU) elections online this year, by logging into their Ryerson Administrative Management Self Service (RAMSS) account, according to the RSU’s website.

The RSU elections, March 7 to March 9, will be working with the Computing and Communications Services (CCS) at Ryerson, according to Cormac McGee, vice-president education  of the RSU.

By requiring each student to vote through their personal RAMSS account, the potential for double voting is eliminated, in a similar way to the previous Ryerson Communication and Design Society election.

Each Ryerson student received an individualized link, through their school email. The option of “allow multiple submissions” was set to “no” for the elections, said Miri Makin, manager of student relations and development of the RCDS. She explained that this system prevented multi-voting by tracing voters’ IP addresses.

“The potential for multi-voting was certainly a concern of mine, but I feel confident that these measures make the system quite secure,” said Makin.

Brian Lack, president of of Simply Voting Inc., the same system that the University of Toronto students use to vote for students’ union elections, cited convenience for voters as the first benefit of online voting. Students can “vote from (their) dorm room in (their) pyjamas,” he said.

McGee said he hopes that this inherent convenience and accessibility will increase voter turnout. “That was one of the main drivers behind making the switch to online,” he said.

While Lack agrees that online voting generally increases voter turnout, he said, “To maximize the chance of a nice increase in turnout, election marketing is still required.” Lack pointed to the importance of placing ads in student newspapers and keeping electronic voting kiosks across campus to increase election awareness and encourage students to vote.