The Ontario government announced Thursday it will give out 57 scholarships valued at $10,000 each to honour each of the victims of the Ukraine International Airlines Flight PS752 that was shot down by Iranian missiles last week.

The scholarships will be divided among the 15 institutions that 34 of the victims attended or taught at, including the University of Toronto, York University, Ontario Tech University and George Brown College.

The rest of the fees will go to “eligible institutions based on a competitive process,” according to a press release. Details on the application process will be available soon, the ministry said.

Eligibility for the scholarships will be open-ended and based on academic merit and financial needs and determined through consultation with post-secondary institutions and the victims’ families. The scholarships will be awarded in the 2020-21 academic year on a one-time basis, Ciara Byrne, a spokesperson from the ministry, confirmed in an email to the Ryersonian.

“Nothing can replace the lives that were lost but supporting students through scholarships in their honour is a way to demonstrate the profound loss that we all feel in the face of such tragedy,” Bryne wrote.

She added the government looks forward to discussing the scholarships and future opportunities with the victims’ families and the affected post-secondary institutions.

“Many of the victims were students and professors with bright futures, studying and teaching at Ontario universities and colleges, and contributing to the advancement of research in many life-changing fields,” Premier Doug Ford said in the press release. “We will honour their memories through these scholarships to recognize their incredible contributions to our communities.”

Mahsa Amirliravi and Mohsen Salahi, both graduates of Ryerson’s undergraduate and master’s engineering programs, were among the victims killed in the downing of Ukraine International Airlines Flight PS752. Along with many post-secondary institutions across the province, Ryerson held a vigil and moment of silence Wednesday afternoon.

Ryerson’s public affairs office has not responded to a request for comment on Ryerson students’ eligibility for the scholarships. 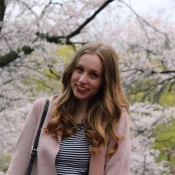