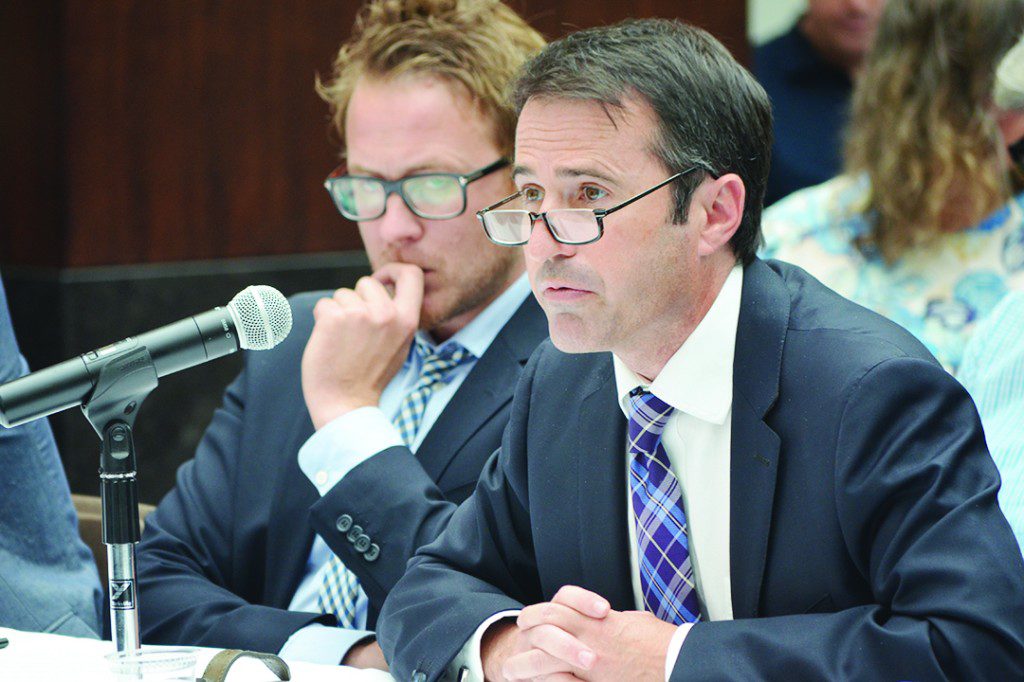 John Stackhouse, editor-in-chief of the Globe and Mail, speaks to the Ontario Press Council.

The hearings, which took place on the Ryerson campus, were in reference to a Toronto Star report from May 17titled “Rob Ford in ‘crack cocaine’ video scandal” and the Globe and Mail’s article from May 25 titled, “The Ford family’s history with drug dealing.”

The council, which hears public complaints against news organizations, chose to hear a complaint from Darylle Donley in which she likened the Toronto Star report to gossip magazines, stating: “I could always watch TMZ, too.”

An array of reporters and the odd “No to Ford” enthusiast were present, but it appeared no one from Ford Nation (including the mayor) was there to back up the complaints.

Donley had no additional points besides a question asking if the individuals in the photo appearing with the story had anything to do with Ford’s ex-football team.

Connie Harrison filed a complaint against the Globe’s use of unnamed sources saying it was irresponsible journalism.

Harrison said she is “in limbo” because the council denied her request for Globe reporters to hand over their notes and transcripts.

The Globe reported Doug Ford sold hashish for several years in the 1980s in Etobicoke.

Harrison suggested the Globe “burn the source” or “wring the source out” and requested that the council read the reporters’ notes.

Editor-in-chief John Stackhouse acknowledged the dilemma he faced in publishing a story that solely relied on unnamed sources, but ultimately said he was proud of the story and journalistic standards applied to its reporting.

“Did the article deal with a matter that is in the public interest? Yes, absolutely,” he said to the panel.

The press council said Doug Ford declined its invitation to come in as a complainant at today’s hearing.

“The only serious alternative, that is not publish the story, would have been irresponsible journalistically and civically,” he said.

George Thompson, the council chair, said the full council will review the complaint based on recommendations of today’s panel, and a decision should be made “we hope in the near future,” but that it shouldn’t drag on. If a decision is made in favour of the complainant, the news organization must publish the unedited decision.