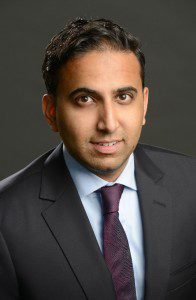 Students will find it hard in the short term to find jobs but they should expect the economy to stabilize later this year, said economists.

Royce Mendes, a director and senior economist at the Canadian Imperial Bank of Commerce (CIBC), said there should be some level of concern regarding the youth unemployment rate.

Currently, the unemployment rate for youths between the ages of 15 and 24 is 13 per cent, according to Statistics Canada.

Some reassuring news for students could be on the horizon in the form of a stabilizing economy, according to Mendes. If the economy does begin to accelerate in the later part of this year and into the next, as Mendes predicts, it will provide a better backdrop for recent graduates in search of jobs.

Nick Exarhos, also a senior economist at CIBC, said students in Ontario will particularly see the benefits of the stabilizing economy because the province will likely be the leader of economic growth in the next couple years as manufacturing picks up.

The economists agree that the job market increasingly reliant on post-secondary education and specialized degrees.

Exarhos said there is a skills mismatch that needs to be addressed.

Students who may be facing a tough time trying to get a job after graduation could benefit from upgrading their credentials by pursuing either a master’s degree or postgraduate certificate, he added.

The strategy lasts for the summer and requires that the student return to school in the fall. It doesn’t take into account graduates who must enter the workforce permanently.

Beth O’Rourke, who is in her fourth year of English studies, said that she is going to be returning to Ryerson for another year to obtain a publishing certificate through the Chang School. She hopes that it will help her get meaningful internships and break into the publishing job market.

No doubt, some graduating students will test out the job market with a degree in the bag.

“I feel like Ryerson has given me the knowledge and the tools to be prepared,” said Riley Kerwin, a fourth-year business management student. She said depending on which field one decides to enter, the job opportunities can be lesser or greater.