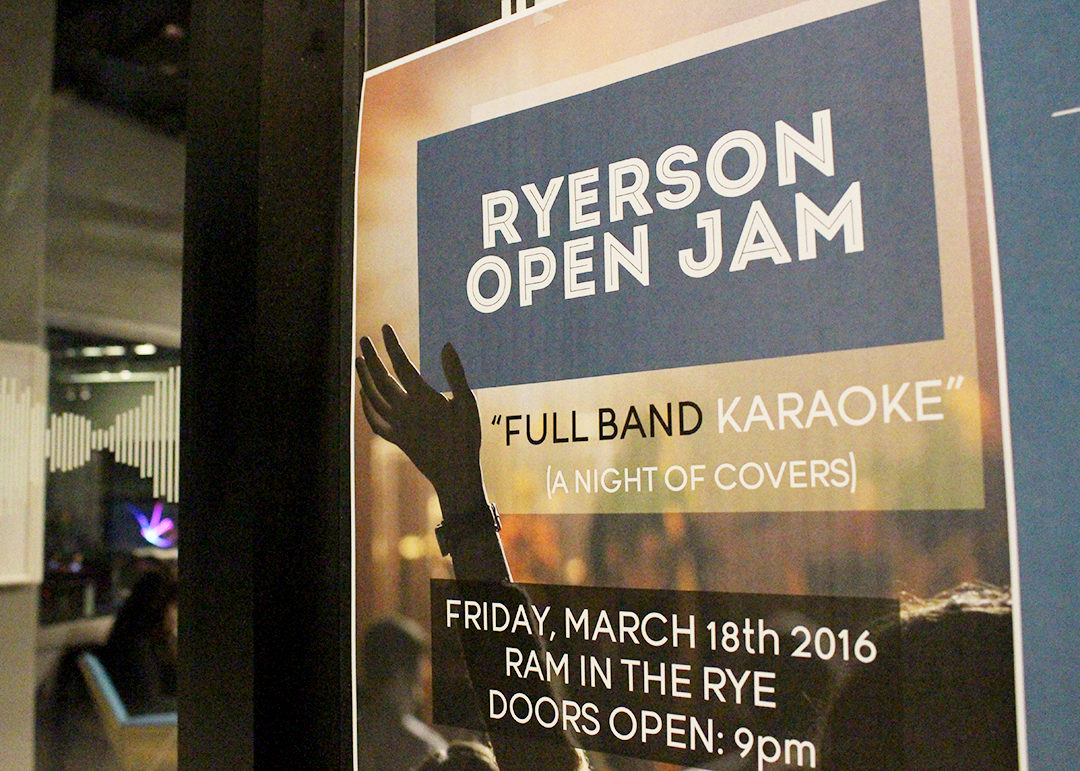 Musicians on campus can come together and play at Open Jam Night on March 18 at the Ram in the Rye.

Josh Gonsalves, third-year RTA school of media student, came up with the idea when he was hanging out with friends.

He wanted to plan a night where friends could come together and play instruments. He started by creating a Google Doc and posting it in different Facebook groups related to Ryerson.

At first the jam session was only for RTA school of media students because Gonsalves said almost everyone in the program played an instrument. But it became much more than that.

“People from Ted Rogers, graphic communications, geography and other programs signed up all via the Google Doc,” Gonsalves said.

There are 30 people signed up as performers for a total of 32 songs that will be performed that night. “All the best songs are jammed together,” Gonsalves said. “Picture a Guitar Hero or Rock Band setlist … all bangers.”

Anyone can sign up. Those who do, are then screened by Gonsalves in a YouTube audition. This way he can trust them to play the songs, Gonsalves said. He said that he thinks the jam night will foster cross-collaboration between programs.

“When you graduate, all these people won’t be around,” he said. “Everyone at Ryerson, no matter what program, should have a way to play music together.”

Although there is a campus group, Musicians@Ryerson, for those who want to play music without being in a band, Gonsalves said joining Open Jam Night is less of a commitment. “There’s no club rules.”

Liam Grier, vice-president and finance chair of Musicians@Ryerson, said he’s excited for Open Jam Night and does not view it as competition.

Gonsalves himself will be a part of 24 songs. He’ll play the drums, keyboards and sing. He said he wants this to be the case for all of the performers.

“I don’t want to make any money,” he said. “I just want to have a good night with friends.”

This is the first year in a long time Gonsalves hasn’t been in an official band and he said he misses playing with other people.

“Now I can play with this melting pot of musicians.”

This article was published in the print edition of the Ryersonian on Mar. 16, 2016.