“Do we really think about honouring the people who have given up their life, or does wearing the symbol make us feel better in a world where we get to live free and attend university?” (Photo by Natasha Hermann)

In the days leading up to Nov. 11, I barely saw any poppies on campus. I noticed the veteran in the mall selling poppies and the box at the Tim Horton’s counter, but in the bustle of campus, brand logos are much more prominent than the red emblem.

Veteran Affairs Canada describes Nov. 11 as a day of, “remembrance for the men and women who have served, and continue to serve our country during times of war, conflict and peace,” particularly for the First and Second World War. It has been 99 years since the end of the First World War and 72 since the end of the second. Do people still understand the depth of this sacrifice? Have these symbols become passive and meaningless?

Although it’s not an official holiday in Ontario, the day is still marked by plenty of ceremonies. It’s hard to find a high school that doesn’t hold an assembly and a moment of silence. Nationally, news stations broadcast the official ceremony at the The National War Memorial in Ottawa presided over by the governor general, the prime minister and other dignitaries.

According to a recent Historica Canada poll, those aged 18 to 34 are more likely to attend Remembrance Day services than any other age group. Have we been conditioned to do this? Do we really think about honouring the people who have given up their life, or does wearing the symbol make us feel better in a world where we get to live free and attend university?

The poll also states that 70 per cent of millennials are likely to wear a poppy, but scouring the campus, they’re few and far between.

Veteran Affairs Canada wants people to, “acknowledge the courage and sacrifice of those who served their country and acknowledge our responsibility to work for the peace they fought hard to achieve.” So what exactly does this day mean? Is wearing a symbol or simply thinking enough?

We are in an era where every tragedy is immediately publicized, and when that happens, people run to social media. Maybe they do this for information, but it’s also to express shock, confusion, condolences and disdain. If tweeting about “thoughts and prayers” won’t do anything for gun control reform in the wake of a mass shooting, what do people really accomplish during a moment of silence or as they don a poppy after they’ve left their spare change in a box?

Although the horrors of those wars are long gone, seasoned and rookie veterans alike still suffer from a plethora of mental health issues, trauma, injuries, suicide and so much more. Money collected from poppies by the The Royal Canadian Legion does go to veterans, but is giving a little bit of money once a year and wearing a symbolic gesture enough?

Although you’re unlikely to see a public figure or television journalist not honouring the symbol around this time of the year, there are many who choose to boycott the practice based on principle. Although the poppy is meant to commemorate and honour those who have fought, it can also be viewed as a supportive symbol for all of our country’s military endeavours, which have seen some pushback – especially those beyond the turn of the century.

Nevertheless, these ceremonies and symbolic representations are entrenched in our Canadian culture and they’re not going away anytime soon. However, maybe it’s time to go beyond a mere habit of wearing a pin and think about the traditions of remembrance and how we can make a difference. 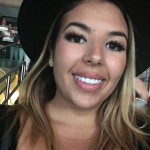