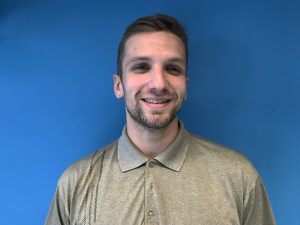 University years can be that brief moment in life where the idealistic among us are comforted in the delusion that we won’t be part of the problem. We’re not like those who came before.

Whatever most ails the earth from our perspective; poverty, war, sweat-shop fashion, environmental destruction and meaningless, soul-asphyxiating nine-to-five drudgery, they all seem like the bed made by our square parents. We won’t be sleeping in it.

But how do we stay true to ourselves in a world that runs on fossil fuels? We know the glaciers are melting. The oceans are acidifying. Hurricanes and other storms are increasing in intensity. Wild fires, floods and famine are growing in scope and frequency. Without an end to carbon emissions, much of the world will be uninhabitable within a couple hundred years unless something, other than the climate, changes.

We also know that the racism, greed and arrogance that had our ancestors force indigenous people into residential schools and off their traditional territory and away from their way of life still exists.

We know our seniors thought like us. But they failed to change the world because little by little life happened. They sank into the quicksand of life-demands and circumstance, sucking them away from the clarity of young-radical adulthood. Responsibility led to money, children, to car-loans and mortgages, which necessitated steady incomes, and compliance with the status quo.

How do we not slip into this self-defeat?

There’s a saying that goes, he who is not a liberal at 20 has no heart, but he who is not a conservative by 40 has no brain. Is this true? Does entering adulthood, earning an income and raising children force us out of our values and dirty ourselves with the evils of global capitalism?

No. It’s a fiction that a left wing ethic is frivolous and impractical. There are options.

One is taking our money out of banks that invest in companies that currently profit from the expulsion of indigenous people from their land and the prolonging of our addiction to fossil fuels.

Members of the Secwepemc First Nation intend on resisting the Kinder Morgan Trans Mountain pipeline, which is to cross through their territory. The big five banks: RBC, BMO, Scotia, TD and CIBC are providing around $3.169 billion in credit to the project.

Similarly, TD, Scotia and RBC provided about $806 million for the Dakota access pipeline.

Despite the fact that Trudeau took a photo with an orange shirt in commemoration of Canada’s historical mistreatment of Indigenous people, his government still supports and facilitates the exact same thing, but it’s indigenous people in Latin America who are being violently displaced now. The five big banks are invested in the precious metal mining companies that make this hypocrisy possible.

So, in this vicious world of ours, it may seem like fleeing to the forest and joining a hippy commune is the only way to stay true to our beliefs. But we do not need our money tied to institutions so amoral that recently the CBC reported they are also invested in cluster bomb manufacturers, despite their international prohibition.

Demanding on social media that Ryerson get rid of a statue may seem like a way to stand up for indigenous people. But that’s just talk. If you want to walk, switch to the credit union Alterna Savings, at 350 Victoria Street at POD 156.