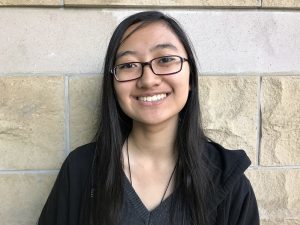 I was stuck in the worst subway delay of my life, in a five-station closure that doubled my commute time to just over four hours. But, where most students would have simply headed back home, I was more concerned with getting to this specific class.

Anxiety was an understatement.

Every week I sat frozen and tight-lipped in the middle of the room, praying to anyone listening that I could fly under the radar for the day. Skipping even one session wasn’t an option, lest I miss something crucial or get hounded for not showing up. So, despite every opportunity to turn my heel and go home that day, I squeezed into a streetcar and forged towards a class, and a professor, that terrified me.

By university, I more or less knew how I liked to be taught, which methods and teaching styles I could unequivocally say made my work better, and this professor was the stuff of my nightmares.

She was brutally honest, which wouldn’t have been so bad had she not outright told the class that in the first few weeks of the course, we would definitely not score over five or six out of 10 in our assignments. There was a pressure to do well, do more, be more, despite her every insistence that we wouldn’t be able to. And, if you couldn’t answer a question, she’d make sure the whole class knew.

I spent sleepless nights worrying whether I missed some crucial knowledge I’d need for the next class. I went on vacation during the break and still felt the need to work on projects she hadn’t even assigned, just in case she asked.

And what I found most terrifying of all, more than the constant stress and fear of being called on, is that it worked.

My work got better.

I was so scared of getting called out in class that I spent the rest of the week preparing out of mere anxiety. The way she taught was nothing like I was used to, but it made me work harder if only for the fact that I didn’t want to be caught off-guard.

When I compared my first assignment to my last, it almost made all the lost sleep and pulled hair worth it. The improvement was there and I only have her to thank.

Would I ever have chosen a professor like her? Definitely not.

But, would I do it all over again? Absolutely.