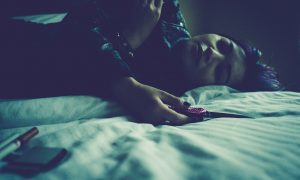 “It’s difficult not to feel like sex is the epitome of romantic expression.” (Iris Robin photographed by Yehuda Fisher)

How do you say “I love you” without using words?

Perhaps you’d seek the perfect gift for your partner or get cosy for a casual night in. Maybe you’d go out to eat and savour the way your lover’s laugh sounds like the gentle swill of red wine. Would you spend an evening under the stars, shaping your shared desires from a galaxy of possibilities? You might sleep together, curled up in bed, re-imagining the golden ratio.

Or you could sleep together: touches that linger on that crease where your hip meets your thigh, the sheets whispering beneath you, and that delicious feeling of melting into each other, leaving the world behind.

I used to think that the last option was the only way, words or no words. I knew you could have sex without romance, but what was romance without sex? If you had asked me at 18 what the difference between a friendship and a romantic relationship was, I would’ve said “fucking.”

Well, here’s the tea: romance without sex exists and it is as beautiful as romance with sex. Neither is inherently good or bad, and both are worth a critical thought or two. Conflating sex with romance complicated the latter half of my youth and I had to parse the two the hard way — literally.

The earliest explanation of sex that I remember is, “something two adults do when they really love each other.” This seemingly innocuous definition is telling; the words “really love” stand out to me because they tell us that sex and romance go hand-in-hand, and that sex is the one and only way to prove your love.

The definition also reveals not only the supposed meaning of sex, but the manner in which sex ought to occur. The restrictive number “two,” suggests that monogamy is the only widely accepted relationship structure. In the context of discrimination against queer and trans people that continues to the present day, this working definition of sex implies that both parties are cisgender and heterosexual, thereby dictating that sex should take place between these types of people only.

There’s something to be said for the policing of sexual activity in all forms; we’re told that we should have sex to express love, but not too much or too little, lest you be a slut or a prude. But I can’t discuss compulsory sexuality without specifying that it is compulsory heterosexuality in particular.

Compulsory sexuality is the idea that everyone can and should have sex and enjoy it. Compulsory heterosexuality is its dominant form and it manifests everywhere. It’s the assumption that everyone is heterosexual by default. It’s the reason why queer and trans people have to wonder whether they are queer and/or trans, because they were raised as though they were straight and cisgender. It’s the reason why some of them feel the need to “come out,” to declare that everyone’s assumptions about them were wrong.

So, what does this have to do with love? Well, if heterosexual sex is the ultimate expression of true love, what does that mean for those of us who don’t identify with that, the people to whom this singular view does not apply?

The truth is that not everyone wants sex — certainly not all the time, and certainly not exclusively in the prescribed heterosexual manner. And that’s alright.

Some proponents of sex positivity will say that sex is an inherently good thing and that everyone should have it. I often find this attitude in queer spaces too. For me, this is compulsory sexuality rebranded. Sex positivity ought to encourage people to figure out their own relationship to sex and what it means to them. It ought to give them space to engage with sex as much or as little as they like. It should promote conversations between partners, between parents and children, between educators and community.

Sex is not romance and romance is not sex. There may be overlap and there’s room to express romantic feelings sexually, but they are not the same thing. Perhaps if I had known this, I wouldn’t have mistakenly fallen into bed with falling in love. I would have known that there were options beyond heterosexuality, that there were options like bisexual and asexual. The best that we can hope for is to learn how to say “I love you” in ways that a normative society would never have the imagination to realize. 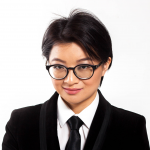 Thanks for writing about this, Iris. The older I get the more I understand I never fit the norm when it came to love and sex. It has often left me feeling like there is something “wrong” with me. I now know, without a doubt, that there are lots of ways to experience and express love, and it does not have to involve sex. Or it might, as a choice not a requirement.

You’re more than welcome! I am so glad you enjoyed this piece. There’s nothing “wrong” with you if commonly discussed experiences of sex and love don’t resonate. I’m really happy that you’ve found other ways to express yourself and I hope you’re happy where you are.