OPINION: Marie Henein is not setting women back 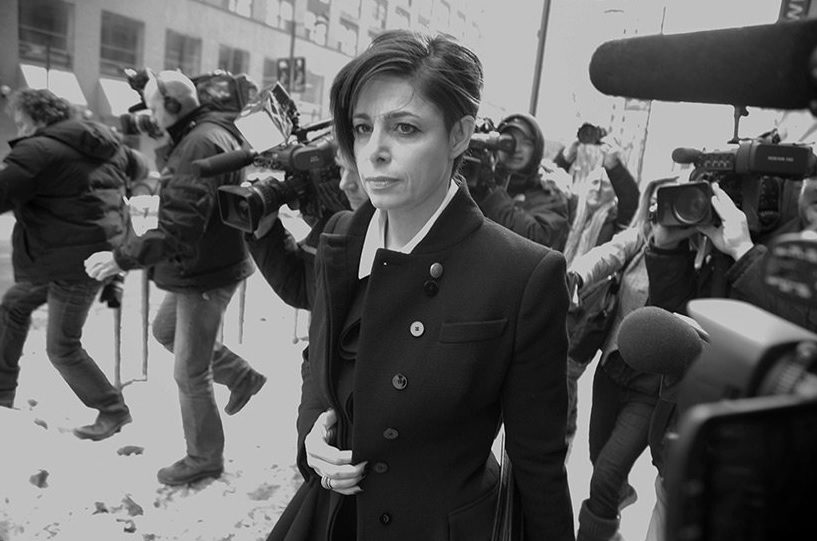 By Jacqueline Tucci and Arianna Ongaro

With a polished designer blazer and the click of her red-bottom stilettos, she commands the courtroom without even saying a word. Her sharp instincts and brazen cross-examination techniques have made her an influential figure in the Canadian legal community. She built one of Toronto’s top law firms. She does this all while balancing a life as a wife and a mother. She’s a style icon in her own right and a force to be reckoned with.

Marie Henein is, on paper, a role model. But she has one fatal flaw in this world of anonymous Internet vigilante justice: she took on Jian Ghomeshi as a client.

From the minute news broke that Henein would defend Ghomeshi, to the minute Justice William Horkins read out his verdict, Henein has been a target. Countless tweets, Facebook statuses, and blogs have been posted and shared, suggesting she “betrayed her gender,” is “setting women back,” and is “on the wrong side of history.”

Women who claim to subscribe to feminist ideals are asking Henein to do what few man would ever be asked to do — justify doing her job. They are asking how she could morally accept a client such as Ghomeshi, who was accused of committing crimes against women.

I wonder how many blog posts or tweets were written about Crown prosecutor Michael Callaghan and his morals in trying to convict Ghomeshi. Something tells me you’d be hard-pressed to find one, if any at all.

But none of this matters. Or at least, it shouldn’t.

Henein is a criminal defence lawyer. Her job is to ensure that people accused of crimes have a fair trial. And she’s arguably the best in a disproportionately male field.

So how can you say she is setting women back?

She might not be your role model, but when it comes to her influence on women and what she does for women in society, she is one of the good ones.

Earlier this year, the Criminal Lawyers’ Association released a report that suggested women are leaving the profession at a much higher rate than men. The report said lack of financial support for maternity leave and not being treated equally to their male counterparts are two major reasons.

The study found that few women stayed in the field of criminal law after five years, and even fewer beyond 10 years. Furthermore, 75 per cent of female associates said they found it extremely difficult to balance their careers and their personal lives.

Henein has been a practising criminal lawyer for roughly 25 years and, in that time, she has forged a wildly successful career and established a reputation as the best there is. She also got married and had two children along the way.

That kind of balance is a tricky concept, especially for a young woman to contemplate. From an early age, society has led us to believe women have a pivotal choice to make when pursuing a career — when and how marriage and children can be incorporated into the mix. Oftentimes this results in sacrificing one for the other.

It’s a concept most women grapple with at some point in their professional lives: the “myth” of having it all.

In 2002, Sylvia Anne Hewlett published a study in the Harvard Business Review breaking down this myth by taking a critical look at why almost half of all women with successful careers (in the United States alone) don’t have children.

In many ways, it seems the odds are stacked against us. Yes, there are the demands of an ambitious career, but aside from that, it’s the intrinsic imbalance in male-female relationships, the caregiving role bestowed on women and the biological challenges of having children later in life, once your career is established.

The study is over a decade old, but these barriers still exist for women.

And men? Not surprisingly, it seems men aren’t faced with any kind of trade-off when it comes to choosing to have a career or have a family. According to the study, 79 per cent of successful men surveyed wanted kids, and 75 per cent went on to have them.

Not only do women have to make very critical choices that will directly affect our careers and more importantly our happiness, we also have to make these choices explicitly known to our partners and even our employers.

Whether or not your career aspirations are in line with Henein’s, it seems highly irresponsible to condemn her for “setting women back.” No matter how much the case was tried in the court of public opinion, as a defence lawyer, it is not her responsibility to represent all women. Working to her full capacity despite the barriers she’s faced should be representative enough.