OPINION: Michelle Obama is too expensive 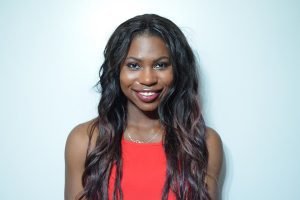 “I assumed that if I had the chance to attend the event, I would leave with meaningful information, but that wasn’t the case.” (Courtesy of Sade Lewis)

On Nov. 28, Michelle Obama travelled to Toronto to speak to nearly 3000 people. Her trip was based on her initiative, The Economics of Equality: Advancing Women and Girls to Change the World, to address racism, social media, mental health, education and equality for girls and women around the world.

The event was hosted by the Economic Club of Canada and Plan International Canada. There was also a contest to win tickets to attend the event.

I then tried entering the contest. Knowing my luck, or lack thereof, I had an aching feeling that I wouldn’t win a ticket. I even tried getting everyone from the Ryersonian who was eligible to enter to try their luck at the contest.

For some, paying $500 for a Michelle Obama event may seem “reasonable,” but when you’re a student paying your way through each semester and having to budget your priorities, $1000—let alone $500—is a lot of money. I questioned the pricing of this event and I still do. I’m probably coming off as bratty or bitter, but it’s just not fair.

Even though I was disappointed, I didn’t give up. I sent out an email to a PR representative from Economic Club of Canada in hopes of gaining a media pass for event coverage, but was told:

“We cannot offer media accreditation at all. Direct instructions from the Office of Michelle Obama. And of course, we must follow her lead.”

It’s disheartening when a political leader you admire comes to the city and you aren’t able to attend. This feeling of irritability was not only expressed by myself, but by my peers as well.

Michelle Obama is viewed as America’s sweetheart—she was everybody’s favourite first lady even if you weren’t from America. She’s well poised, intelligent and is incredibly insightful. But, what makes her even more gratifying is her ability to mesh all of these traits and use them towards the greater good.

Obama is a humanitarian in her own nature. She’s a strong advocate for physical and mental health, a spokeswoman for education, and a strong supporter of girls and young women turning their dreams into a reality.

She’s also a talker. When you listen to her speak you’re engaged because she commands your attention with her coherent and eloquent speech. So who wouldn’t want the opportunity to see her in person, and soak up everything she had to say?

This wasn’t a Beyoncé concert, with overly exhilarated teens fan-girling over the Queen of R&B. This was Michelle Obama, someone we were yearning to hear speak and learn from. I assumed that if I had the chance to attend the event, I would leave with meaningful information, but that wasn’t the case.

So my advice for the next political leader who decides to grace us with their presence in Toronto or on a university campus: try enabling something called student discounts.

I agree with you whole-heartedly, Sade! I support Michelle Obama’s tenet of equality for all girls and women. Ticket pricing has made her event unattainable for those who need to (should hear) her wisdom the most. I cannot understand why This dichotomy exists.