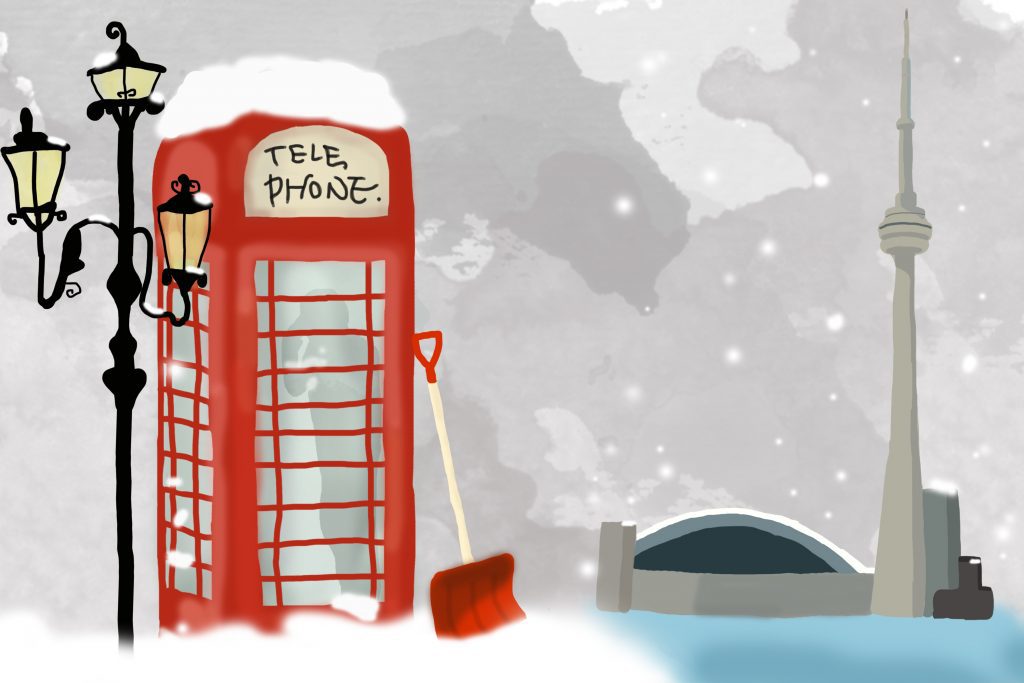 Canadians are known for plenty of positive quirks: our polite demeanour, our hackneyed interjections (eh?), and our hockey dominance – recent Olympics aside, anyways.

But we also have a less-attractive social quirk: an apparent ownership over weathering terrible winter weather.

I recently spent time working in London during a severe winter storm, something my British colleagues promptly blamed me for. Of course, in reality, it was a blast of frigid Siberian air swooping down onto the Isles and smothering much of the United Kingdom in several feet of snow.

The storm brought an unusually bitter cold, dropping temperatures well below zero. This storm wreaked havoc across Wales and Scotland, in particular, killing at least 10 people and leaving hundreds of motorists stranded. It was, for some, an unmitigated disaster.

But we Canadians responded with a particularly derisive version of Canadian snark: “That’s not a real snowstorm!”

It wasn’t until the death toll began rising, that photos of unfortunate commuters, living for consecutive days in crippled trains, took on an air of seriousness: this was a real snowstorm –  for the Brits! We Canadians would take it in stride, if it were us.

Except, I don’t think we could.

With its arctic temperatures, brutal wind chill and endless snowfall, this storm would’ve caused a degree of paralysis in any Canadian city. We might manage it better, but we might’ve needed the military too. (I’m looking at you, Toronto.)

Now imagine it in a nation woefully unprepared for heavy snow – both in human preparation and basic urban design. Edinburgh’s streets are not designed for two metres of slippery snow. Cardiff’s road crews aren’t equipped with hundreds of snowplows to salt and clear streets. The United Kingdom’s national infrastructure isn’t made to withstand a week of polar pummelling.

Despite much of Canada’s population living comfortably south of many international cities, we often act as if only we receive atrocious weather. Only a Canadian knows winter.

But we don’t. I’m sure a Russian, a Swede, or dare I say, a German, could put us in our place regarding weather, just as they’ve done in hockey.

Canada doesn’t own winter. We aren’t the Starks in Westeros.

‘He proved us all wrong’: World-renowned British scientist Stephen Hawking dies at 76