OPINION: Why fetishizing guns is moronic 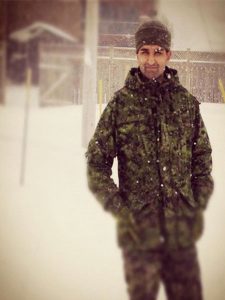 Stephen Paddock had a cache of 23 guns — many of which were assault rifles — in the hotel room from which he launched a hail of gunfire at concert-goers in Las Vegas, Nev.

At least one of his rifles was modified to fire fully automatic. Based on reports and videos of the gunfire it’s likely he held the trigger down and didn’t let go until his magazine was empty of bullets. He reloaded, and repeated again and again till he decided to take his own life to avoid capture by police. At last count, 59 people are dead including four Canadians.

The history of mass shootings in the United States is a weighty tome. It says that the dregs of an obscene form of Americana, the gun nuts, will inevitably come out of their hovels to counter any discussion of gun control.

These people include lobbyists like the National Rifle Association (NRA), the politicians in their pockets and gun owners. They form the loyal opposition of any gun control advocate. They did this after 49 people were killed in a gay nightclub in Orlando, Fla., and they did the same when 20 kindergarteners were killed in Newtown, Conn.

These gun nuts, through some incredible form of magical thinking, have got it in their head that they have a God-given right to own guns. They view any hindrance in their ability to do so as encroaching on their personal freedom, and will respond with hostility. One can be forgiven for believing that these people love their guns more than their wives and girlfriends.

As a former soldier in the Canadian Army, I find this fetishization of guns disgusting. I served in the Toronto Scottish Regiment for seven years. If there is one lesson I have learned from my time in the forces, it’s that a gun is something you prove yourself worthy to be trusted with. A gun is not a toy. Its sole purpose in life is to end yours. You do not have a right to own a gun and the second amendment needs to be removed.

While in the army, a colleague of mine told me about an incident on a firing range that illustrates my point: a sergeant broke the nose of one of his subordinates who absentmindedly pointed his loaded rifle at someone.

I would be naïve to say that there are no gun nuts in the Canadian Army. I’ve had arguments with many about this subject. But as an institution, I believe the army takes a rational view towards guns. Either you prove yourself worthy of handling a rifle, or have it taken away.

The gun nuts of America need to realize that conflating guns with freedom does real harm to their society. As a society, they have proven themselves unworthy of owning guns and should have them taken away. It would be the best thing for them.

I am honestly sick and tired of my Facebook feed being inundated with platitudes like “how could this happen?” We know how this happened, and we know what to do about it.

Americans need to wake up and realize that they are not a free people because of their guns. They are held hostage by a cadre of overgrown man-children who just want to play army but want none of the discipline.

Feel better with the mental health benefits of fitness