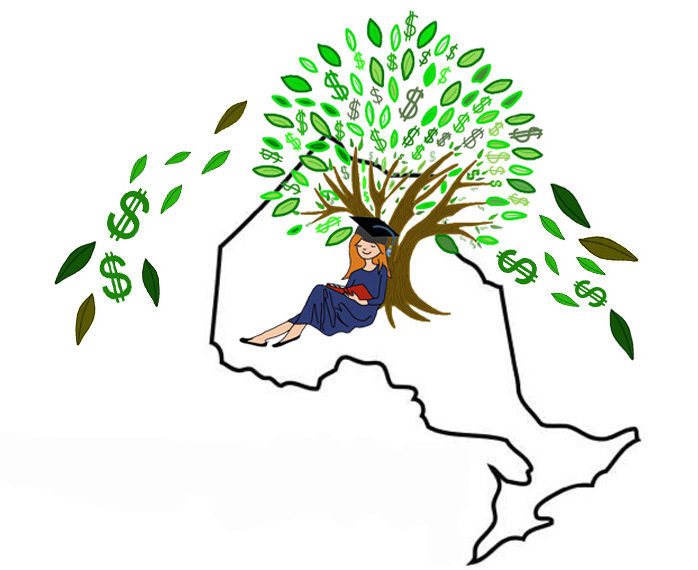 For some of us, graduation is approaching and it’s faster than you think.

There’s a sense of relief knowing you survived the countless all-nighters, completed the research papers that were too big to staple, passed the exams that were made up of content you didn’t learn and rode the bell curve all the way to convocation day.

But, first comes the dreaded question that almost every adult asks: “What are you going to do after graduation?”

It’s that big cloud of expectation hanging over you. It’s as if the whole world expects you to know what you want to do straight out of university or college. But it’s the most unrealistic expectation.

According to an article in Psychology Today, graduating students who are in the midst of deciding on and pursuing careers can experience an overwhelming amount of stress that’s classified as post-commencement stress disorder (PCSD). There isn’t much research on this condition and cases of it are usually under-reported.

The symptoms of PCSD include: feeling like you don’t have a support system and have lost control of your life, avoiding daily activities, sleeplessness and irritability. Sometimes the symptoms go unnoticed because people think it’s just part of the transition into adulthood. Similar to other mental illnesses, if symptoms are ignored for a prolonged period, the condition can get worse.

According to a Maclean’s article, one in four post-secondary students will experience a mental illness. The ambiguity of the future and the indecisiveness students face after convocation creates extra stress, which can cause depression or anxiety.

So no, post-graduation stress isn’t just part of the transition between post-secondary education and work life. People aren’t just confused or lazy — this stress can progress and build into a much bigger problem.

When I started the journalism program four years ago, I had a specific dream of what I wanted to do for the rest of my life. That dream has changed drastically since then and it’s probably going to change again later on. But that’s OK.

Frankly, I don’t care to follow the norm of getting a job in my field straight out of university because it’s an unrealistic expectation. With the increasing unemployment rate, finding a job is even more difficult for students now.

But there’s a bright side to all of this too. The 2012 survey also stated that 94 per cent of Ontario university students were employed two years after graduation.

So take a deep breath, ignore the question everyone is asking you and forget about the implicit social norm. There are opportunities, but more importantly there’s so much time to figure out the details of your future. It’s unrealistic for people to expect us to know exactly what we want to do, and do it.

So to answer your question, “What are you doing after graduation?”

I don’t know, and you don’t need to either.