This article was published more than 2 years ago. Some information in it may no longer be current.

Bill Dunphy is a Toronto-based writer.

St. Michael’s College School is a storied, prestigious and expensive Toronto high school run by the Basilian Fathers, that produced hockey greats such as Dave Keon (my teenaged hero) and Frank Mahovlich; and Canadian basketball pioneers like the Rautins brothers, George and Leo.

It’s the same all-boy, Roman Catholic private school where, we learned this week, a teenaged boy was allegedly sexually assaulted with an object while members of the football team held him down.

Where another student was bullied, assaulted and humiliated – in some form of water torture? – by members of the basketball team.

I don’t know the victims, but I can imagine they are somehow “other” – brown or black or gay or maybe just thoughtful.

Videos of both incidents were shared on social media as, what? Trophies? Warnings? LOLs?

My 92-year-old mother – who sent each and every one of her seven boys to that school – called me last night, horrified and surprised at the news of the alleged violence. I wasn’t – surprised, that is. Horrified, yes, but surprised, no. And I’ll bet there are not many alumni who feel much differently.

I entered the school 50 years ago this September, and on the very first day, within the very first hour, was punched in the stomach by a science teacher as I filed out of the Grade 9 Welcome assembly. It was all in good humour: “What?! Another Dunphy?”

My French teacher would smash the textbook onto hapless student’s heads “to get some knowledge into their thick skulls,” he said. He’d also peg chalk – hard – at the heads of students who talked or were otherwise disrespectful.

A science teacher, also a priest, would torture talkative teens by enrolling them in his “air force,” making them hold a paper airplane in each outstretched arm, for the entire class. If you don’t think that’s a form of torture, I invite you to try it for 10 minutes.

Violence – more usually codified and abstracted and played out on the rink or gridiron – was a routine part of life at St. Mike’s.

I loved sports and although not particularly gifted, I punched above my weight in hockey, football and especially baseball, because I learned quickly and played with my head as much as my limbs and lungs. But that ended in Grade 9, when my cross-country coach slapped me in the face because my jersey was untucked. I took up debating and acting instead.

“Teach Me Goodness, Discipline and Knowledge” was and is the school motto. It should have been “Win at All Costs” as that would have more accurately reflected the school’s worship of athletic success and the sports heroes they helped produce. The money, the prestige, the attention was focused on hockey (we had a team playing two levels below the NHL in a semi-pro league!) and football and basketball.

Never mind that my five-year cohort alone produced an ambassador, the founder of a wildly successful airline and the creator of Canada’s most successful pharmaceutical companies, to name but three.

To be clear, I received an excellent education and arrived at university exceptionally well-prepared for success. I had some astonishingly good teachers who shaped my morals and thinking, who encouraged criticism of self and authority and who opened worlds of creativity and possibility for me in ways I am forever grateful for – thank you, Father Foy and Father McKinnon.

But I was quick-witted and resilient, and the school was big enough to afford boys such as me opportunities to find peers and to build communities of support and even love, far removed from the bullying, bruising world of athletics.

Sports was the thing at St. Mike’s and sports – especially in an all-male environment – is like agar to the bacilli of toxic masculinity. Agar – the growth medium those violent science teachers taught us about – has to be handled with care to avoid contamination. Evidently the school is still not keeping their locker rooms clean and free from toxic attitudes.

How can I know things haven’t changed after 50 years?

When the school found out about the alleged sexual assault, and the students' happy sharing of a video on social media, St. Mike’s apparently swept it under the rug. They didn’t call the police immediately. No teen who received the video called the police. No parent called the police.

That sickens me, and angers me as well.

It’s time for a change. And the only change I can think effective, the only way to kill the toxin is this: Sterilize the culture and start over.

St Michael’s College School has a choice now that these horrors are out in the open. They can do what the Catholic Church has always done: mouth platitudes, prevaricate, blame individuals, point to all the good work they do … and then carry on.

Or they can dropkick the beast where it stands. Every teacher involved with the infected teams should be barred from athletics for the remainders of their time at the school – if not fired.

And then withdraw from all team sports for the next five years, long enough to ensure that no one who is part of this toxic culture can infect anyone else.

Sterilize the culture and see if you can grow something better next time. 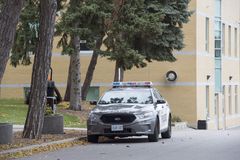 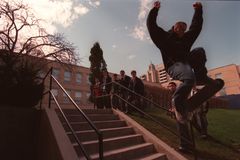 Follow us on Twitter @globedebate Opens in a new window
Report an error
Due to technical reasons, we have temporarily removed commenting from our articles. We hope to have this fixed soon. Thank you for your patience. If you are looking to give feedback on our new site, please send it along to feedback@globeandmail.com. If you want to write a letter to the editor, please forward to letters@globeandmail.com.
Comments are closed

We have closed comments on this story for legal reasons or for abuse. For more information on our commenting policies and how our community-based moderation works, please read our Community Guidelines and our Terms and Conditions.