The Ministry of Training, Colleges and Universities will introduce policies to align tuition payment deadlines with the Ontario Student Assistance Program’s disbursement date in 2014-15 to eliminate late fees.

“This (policy) would give more time for students to pay, and better align the deadlines for tuition payment with the OSAP funding release dates,” said Gyula Kovacs, OSAP’s senior media relations and issues co-ordinator.

“This gives the option to pay for each term, rather than upfront for the full year.”

Nearly 13,000 Ryerson students applied for OSAP.  But according to Carole Scarse, Ryerson’s financial service assistance manager, 30 per cent were still waiting to receive their funding by late September.

Yet a Ryerson administrator said the school’s credit and collections services office was unaware that OSAP funding was late to arrive.

Students who did not pay tuition by Sept. 30 were charged a deferral fee of $70 and a monthly interest charge of 1.25 per cent on their unpaid account balance.

“We weren’t even aware that there was any tardiness in the remittance of OSAP to our students,” Doug Furchner, Ryerson’s credit and collections services manager, said in an email.

Ryerson president Sheldon Levy said Ryerson should investigate if the university continues to charge late fees to students who are not at fault.

“If it is impossible for students to get their OSAP loan in time to pay the fees and we are charging them late fees … then I think there is an issue that we should be concerned about,” he said.

The Ministry of Training, Colleges and Universities was unaware there were any system-wide problems at Ryerson regarding students receiving late OSAP payments.

OSAP doesn’t compensate students for deferral or late fees charged by Ryerson, and the school will not waive those charges on a student’s tuition balance if their OSAP funding is late. Furchner said credit and collections is not intertwined with OSAP.

If students don’t pay tuition by the end of a semester, a hold is placed on their account that prevents them from adding courses, obtaining grade reports, transcripts, graduation award documents and enrolment verification.

“The OSAP process for fall 2013 has been the smoothest ever — and the 30 per cent of students who did not receive funding by the deadline either applied late, or had not yet provided OSAP with the additional information required to complete their application,” she said.

Politics and governance student Tyler MacKinnon did not receive his OSAP funding this year until after the deadline for the fourth consecutive time. He had to pay the deferral fee despite completing his application in the summer.

Throughout August and September, money is tight for MacKinnon, who works two jobs and struggles to pay for rent and groceries, let alone expensive textbooks each semester.

But MacKinnon added that he’s happy the OSAP application process has become simpler.

OSAP has tried to make the system easier for students by stepping up their communication through mobile apps, email and social media. 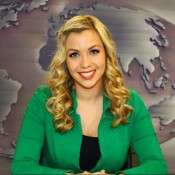