Pay-to-win takes a bite out of wallets

The relationship between millennials and video games is a long one, but it’s been shaky in recent years. Climbing prices, incomplete games, and now, Electronic Art’s (EA) latest blunder, has left players feeling peeved and ripped off.

Before the release of Star Wars Battlefront II (SW BF2), produced by EA Games, the company announced that players would need to clock 40 hours of gameplay to unlock main characters from the popular film franchise, or spend additional money on top of the base game, almost $80 per character. Players realized that to unlock everything in-game would take over 4,500 hours, or cost $2,100 dollars out of pocket. 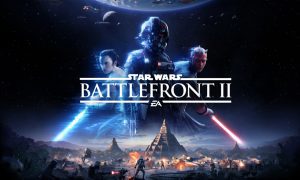 Swift backlash from the gaming community followed the announcement, causing EA Games to receive the most down-voted Reddit post in the website’s history within 24 hours. As a result, EA removed in-game purchases and lowered time requirements for the unlocked characters by 75 per cent.

Sebastien Martin-Schultz, the acting vice-president of Ryerson eSports and third-year New Media student, said that the original time expectations of EA for SW BF2 were unrealistic.

“In no universe should it ever take 4,100 hours to unlock anything,” he said. “To put that into perspective, semi-pro to professional Counter-Strike GO players have over 4,100 hours of gameplay logged in. If it took you that long to unlock everything, it would break the game.”

SW BF2 isn’t the only game that requires players to “pay-to-win”.

The practice of high-budget AAA games taking money from players to advance their progress is common.

“The problem with the Star Wars Battlefront II system was that it allowed players to buy their progress through the game, progress that was difficult to achieve even through extended gameplay, essentially pushing players to buy,” said Jason Boyd, an associate professor in the Ryerson English department, and a digital humanities and technologies specialist. “Using a system like SW BF2’s could be a potential risk for AAA studios, if student consumers are a significant part of their market.”

These extra costs and unlocked items are some things Martin-Schultz doesn’t mind.

“Being that the games that I spend the majority of my free time in are eSports games, I tend to put a decent amount of money into my inventories, collecting skins in CS GO is fun after all,” he said. “But for other games? I do whatever I can. I tend to buy games that I know are pretty good and usually have an understanding of what microtransactions will be in them.” 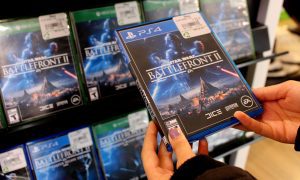 Game designer and co-host of the podcast Gameology, Attila (Gabriel) Branyiczky, sees some merit in paid features of AAA games – but only to an extent.

“If you truly play these games for hours and hours at a time, ultimately these are artists that do this, that deserve to have their time and efforts compensated,” he said. “I just don’t think that these predatory practices are the way to do it. I think there are other ways to allow customers to pay for additional content that’s derived out of the experience.”

While it appears the pay-to-win features and unlocks in AAA games won’t fade anytime soon, Branyiczky believes that consumers are a major factor in reducing these practices.

“People have to vote with their wallets,” he said. “If they cry out against it but then cave and buy it anyway because they don’t want to go without it, then the publishers are going to keep forcing the developers to do it.”

He added, “It’s going to continue to work as long as people let it work, in the same way that there are a lot of other insidious practices that exist in the world because people keep buying them, whether it’s good for them or not.”