Performance of a lifetime: Ryerson dancers team up with famous choreographer Kudelka

This week, dance students at Ryerson are working with one of the most acclaimed choreographers they’ll ever have the pleasure of dancing for — James Kudelka of the National Ballet of Canada.

“It’s a huge honour for the theatre school as a whole,” said Vicki St. Denys, director of the dance program. “To have someone of (Kudelka’s) calibre here — it’s once in a lifetime for a lot of these guys.”

Ryerson Dances gives third- and fourth-year students the opportunity to dance for professional choreographers who might potentially hire them in the future, so there’s a lot at stake.

Past productions consisted of four separate pieces created by four different choreographers, each running 20 to 30 minutes in length.

This year St. Denys decided Kudelka should have the night to himself.

“When James confirmed he was interested, the best thing in my mind was to just give the whole evening (and all of the students) to him,” St. Denys said. “To share the stage with that many dancers — that doesn’t happen anymore in the dance world. This is really unique. They’ll never have an experience like this again.”

Rehearsals for the show began right after reading week, with Kudelka going straight to work after the first introductions.

Dance students practised several hours every day while still having to participate in their normal dance classes and attend academic lectures.

“We didn’t quite know what to expect but we knew that James Kudelka has a very great reputation as a choreographer,” said Michaëla St-Pierre, a third-year dancer. “We were very excited and humbled he was coming.”

Tanya Evidente, an assistant professor at the theatre school, suggested to Kudelka that he collaborate with the school’s dancers. She worked with him when he was the artistic director of the National Ballet of Canada.

Evidente said his dance style involves strong technique, as well as fast and intricate movements that challenge students both mentally and physically.

“He likes to push the envelope, which makes it exciting for the dancers,” she said. “It keeps us on our toes.”

On their toes quite literally, as many of the students are dancing and running on ballet pointe shoes during the performance.

“It’s bigger than just one person,” she said. “We’ve been working really hard, and a lot of people have put a lot of time into it.

“It’s a work of art. I encourage people to come out and be challenged.”

A famous guest choreographer isn’t the only thing making this year’s production special — all of the dancers will be performing without music. Instead, microphones will be placed around the stage to emphasize the sounds of the dancers’ breathing and movements.

“It can be challenging to work in silence,” said St. Denys. “A lot of times as dancers and performers, we rely on the music very heavily in terms of inspiration and also timing … they have to rely on one another.

Fourth-year dancer Drew Berry agrees. “We have to be really aware of what we’re doing at all times to make sure that we are together as a group.” 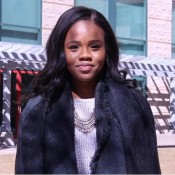 Film Festival for a community in crisis