Wine tasting, a beer garden, live music and giant Jenga: these were some of the things that welcomed visitors during Saturday’s Gould Street Party, which was part of Ryerson’s Alumni Weekend festivities. While the turnout wasn’t huge, those that showed up didn’t seem to mind the rain.

The turnout to this year’s Gould Street party was very low, likely due to the cold and rainy conditions, but those that did come out crowded into the beer garden set up at the Ryerson rink and checked out the wine tasting event at Oakham Café. (Brooks Harvey)

Civil engineering student, Dave Alcivar, stands next to a 1973 purple Volkswagen Beetle representing Ryerson’s engineering programs. This is the same purple bug used in the annual Bug Push. The Bug Push happens every March in honour of National Engineering Month. This year, it was used to raise funds for the Canadian Cancer Society. (Brooks Harvey)

Ryerson aerospace engineering student, Ammar Jessa, showed off last year’s formula racing go-kart. The go-kart was made entirely by Ryerson students (engineering students and volunteers from other programs) and funded by Ryerson along with other private sponsors. This combustion go-kart, with a 600-cubic centimetre engine, was used in a collegiate-level competitive racing league, where engineers from across North America build go-karts and compete. (Brooks Harvey)

The Rams organized a raffle for a season pass for Rams games. The draw will happen later this month. (Brooks Harvey)

There were cardboard photo stand-ins set up for alumni and students to take photos for social media. (Brooks Harvey)

A Ryerson event is never complete without our beloved mascot, Eggy the Ram. Even though his costume was soggy from the rain, he continued to dance. (Brooks Harvey)

The beer garden was the most popular attraction of all where attendees tried to keep dry while sipping their beers. (Brooks Harvey) 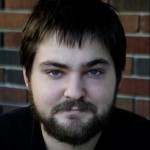 3D printing: the future of fashion