Photo: Det.-Sgt. Hank Idsinga provides an update on the investigation into accused serial killer Bruce McArthur in a press conference.

Warning: This story contains the image of an unidentified man who is dead that may be disturbing to some readers.

Toronto police are requesting the public’s help in identifying a man they believe to be the seventh victim of alleged serial killer Bruce McArthur. Police have released a photo of the alleged victim.

Authorities say they’ve exhausted all other efforts to identify the victim after another set of remains were found in a planter at 53 Mallory Cres. in Toronto where McArthur worked as a landscaper.

In a press conference held Monday, Det.-Sgt. Hank Idsinga and Ontario’s chief forensic pathologist, Dr. Michael Pollanen, provided updates on the ongoing investigation. However, no new charges have been laid.

“I do not want to release this picture and am doing so as a last resort,” Idsinga said. “We need to put a name to this face and bring closure to this man’s loved ones.”

Photo courtesy of Toronto Police. A photo of the victim the police sent out to the public.

Pollanen said his team has tried to identify the victims so far, using methods including pathology, anthropology, fingerprinting and dentistry. Yet, four of the seven sets of remains are still unidentified.

“This particular case has challenged the Ontario Forensic Pathology Service and we have used a multi-disciplinary approach to try and find the truth behind what’s happened,” he said.

Pollanen said the cause of death of the seventh body is yet to be determined. Police are looking at cases going back decades to help them find answers.

Arrested on Jan. 18, McArthur has been charged with six counts of first-degree murder in relation to the deaths of Selim Esen, Andrew Kinsman, Soroush Mahmudi, Dean Lisowick, Majeed Kayhan and Skanda Navaratnam.

Anyone with information regarding the identity of the unidentified victim is asked to contact police at 416-808-2021.

Toronto police are also encouraging anyone in the community who may be struggling at this time to contact LGBTQ Liaison Officer Const. Danielle Bottineau at 416-808-7268 or Victim Services Toronto at 416-808-7066. 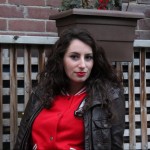