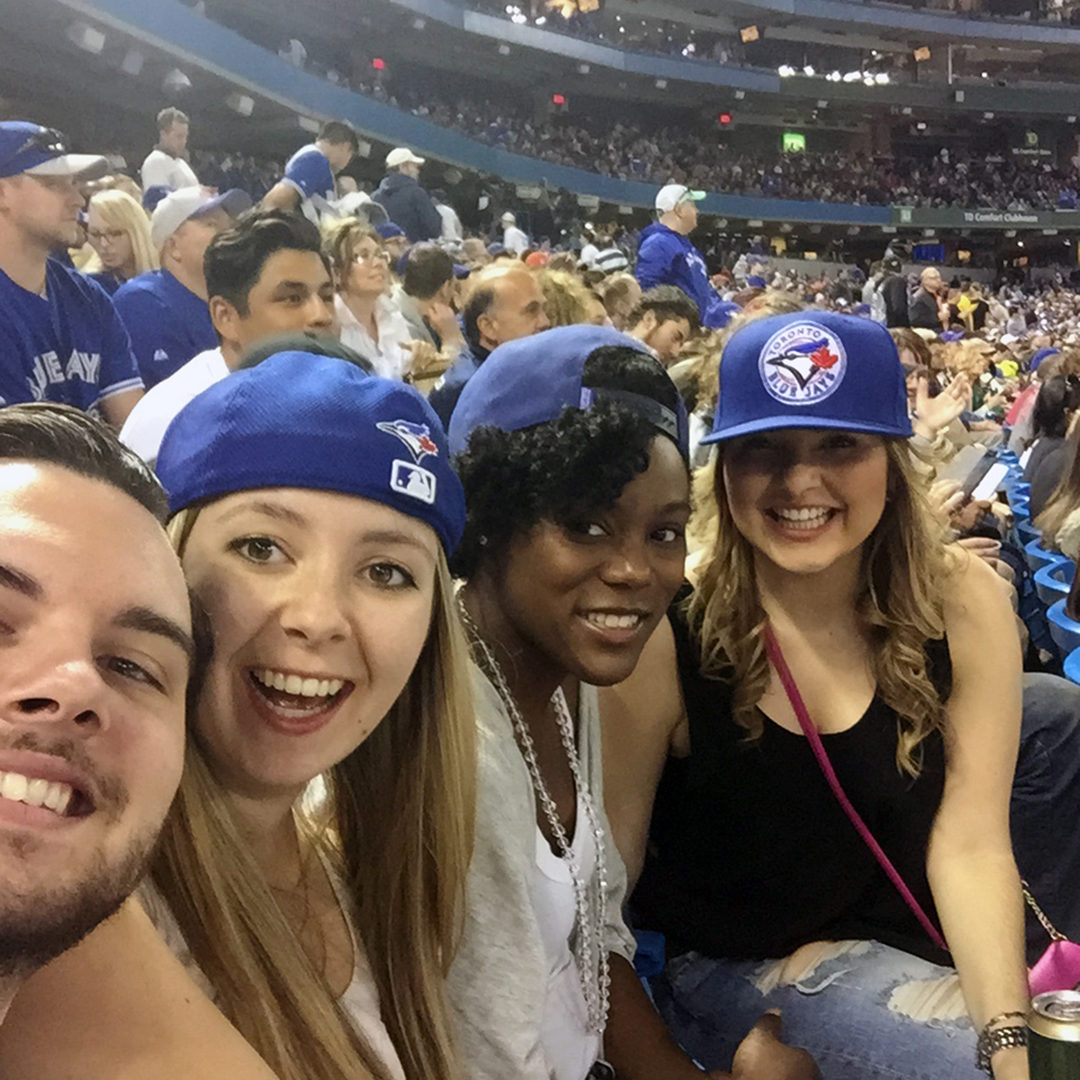 I’ll never forget my first day alone in the city.

My parents and sisters had dropped me off at residence the day before and as soon as they left I had a bizarre feeling in my stomach, something I had never experienced before.

The next day I woke up in my residence room in the International Living Learning Centre (ILLC) and decided to go for a walk to clear my head. I knew the Eaton Centre was just around the corner so I thought a small adventure would help me adjust to my surroundings.

It was a clear, sunny day and as soon as I stepped outside I took in a huge breath of air, hoping to smell the clear crisp air of back home in Waterloo, Ont. … instead my nose was greeted with a mixture of sewage and cigarette smoke.

I continued down Gould Street and ended up on the west side of Yonge Street. Now if you know Toronto well, you know a certain someone who stands on the northwest corner of Yonge-Dundas Square.

I spotted him before he spotted me and assumed he was just a sweet old man handing out flyers.

Just before I passed him we made eye contact, he put his face too close to mine and yelled, “BELIEVE!” I jumped back in pure shock and a group of girls snickered behind me.

Nothing like that had ever happened to me in Waterloo before. It was safe to say Dorothy was no longer in Kansas.

Over the course of my first year I never got over that feeling of homesickness. Residence never became my home. I moved back to Waterloo for the summer of 2013.

“I contemplated dropping out several times just so that I could stay home.”

For the longest time I felt lonely living in Toronto. I couldn’t believe that, in a city with a population of over six million, I was alone.

No one from my family understood why I was feeling so depressed. My parents and sisters always said, “Waterloo is just an hour away, why are you so homesick?” To make things worse, they also had this expectation that since I was young I would love the city and would become a “city girl” before I knew it. But it seemed like that was never going to happen.

Looking back now, they were right. My homesickness was irrational. Nevertheless, it was consuming me.

Moving back to Toronto after living at home for the summer was extremely difficult. I contemplated dropping out several times just so that I could stay home.

But little did I know everything was about to change.

In order to afford my living expenses — which are astronomical in the city — I took a part-time job in the Eaton Centre, working at Fido. At first I was introverted and very shy. But after a couple months I began to make friends with my co-workers. Some of them were like me, relocated from a smaller town to the big city because of school, but others had lived in Toronto their whole lives.

They invited me out and showed me a side of Toronto I’d never known existed. A friendly side.

All of a sudden I was going out to unique places and experiencing things I never had before.

I was having fun again, something I didn’t have much of in my first year. Toronto had so much to offer and all of a sudden I began to be my happy and outgoing self again.

Did you know in Little Italy there are restaurants that serve sangrias as big as your head? Or on the corner of Queen and Dufferin streets there’s an indoor playground just for adults? Or that the bar called The Ballroom has a bowling alley that becomes semi-outdoors in the summer? 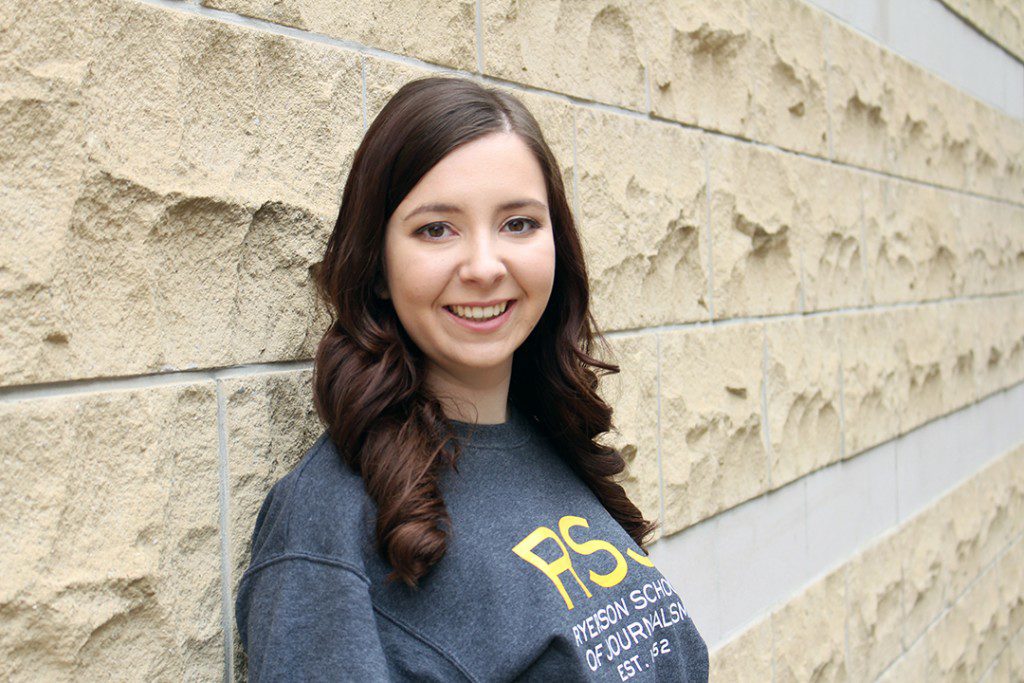 Slowly, I realized opening myself up to new experiences helped me to enjoy the present, rather than constantly reminiscing about my past. I finally grasped the fact that my homesickness was mainly rooted in the fact that I wasn’t living in the moment. Rather, I was trying to repeat or find familiarity in my memories from back home.

Once I allowed myself to stop thinking of back home, Toronto slowly became my home.

I moved to Toronto when I was 18 years old. At the time I would have considered myself a young woman who was very sure of herself. I thought I knew everything there was to know.

However, I didn’t know I was living in a sheltered bubble that I didn’t have the courage to pop. I didn’t want to accept the fact that I was growing up and that my world was expanding to be more than just one block wide.

Looking back, I’m so glad I moved away for school, because if I didn’t I would still be living in my bubble and I wouldn’t be who I am today. Over the course of these four years I’ve learned and I’ve grown so much, as cheesy and cliché as that sounds.

I’ve developed a stronger backbone and have gained a new sense of confidence. I’ve also met so many new and diverse people who have taught me things I couldn’t have learned on my own. I’m a huge Blue Jays fan and I love grabbing a patio beer in the summer. I interned at MTV, something my 18-year-old self would have never thought possible. I’m more independent than I could have ever imagined.

Moving out is just another life hurdle that everyone has to go through. For some it’s easy to move away from home, but for others it’s a huge adjustment.

Now I breathe in the distinct smell of Toronto air and smile every time I see someone jump back when they hear “BELIEVE!” yelled into their ear.

It’s all just a part of my new home. 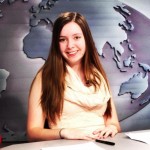