*Dasha Jones graduated from Ryerson University in April 2019. She says she felt so much relief obtaining her bachelor’s degree in mechanical engineering after five hard years. It was one of the biggest accomplishments of her life. After graduating, she worked as a bartender and waitress for months until she finally landed a job in her field in February 2020. Jones was so excited when she got the job and says, “I felt like I was getting my life together.”

For over a month now, Jones has been working as a sales engineer for a software company. However, with COVID-19 affecting businesses all over the world, she is now anxious that she might lose her new job.

Jones is not alone. One-third of Canadians say they’ve already dealt with financial loss during this period, and one-in-10 report having lost work hours, according to a study by Angus Reid Institute.

The International Labour Organization estimates that global unemployment and underemployment will rise substantially, meaning that 5.3 million to 24.7 million jobs could be lost as a result of the virus.

Martin Tam saw his layoff coming. As a recent OCAD University graduate student, Tam was happy to nab a photography job a few months after graduating. He has worked as a photographer for a packaging company, whose factories are all in China, for nine months. The company regularly closed for three weeks around Chinese New Year, which was its slow period. However, after COVID-19 was discovered in Wuhan, those three weeks became two months of closure.

When the virus made its way to Canada and the United States, where the company’s customers are located, the company noticed a decrease in customer purchases. Tam received the layoff notice March 23, but his salary will only be cut starting April 1.

Tam says this experience takes him back to when he first graduated from university. “It’s just a little more of the stress I had, like after graduating, not knowing what I’m going to do [and] how I’m going to pay bills.”

He says he’s going to apply for employment insurance, but in the meantime he’s feeling “very anxious” about applying for photography jobs in the future.

“When everything recovers, all the other photographers who are freelancing [or] have lost previous jobs are all going to be trying to get their jobs back,” says Tam. “There’s definitely going to be a lot of competition.”

Another student who will be affected by the economic impacts of COVID-19 is *Patricia Fable, a University of Guelph student who works at a veterinary clinic part time.

Fable has been applying to veterinary school, but she says that if Canada begins to enter another major recession due to the virus, she’ll be scared for her future.

In order to go to her dream veterinary school overseas, Fable says she’ll have to take out “massive bank loans,” which she doubts she’ll be able to pay back in a recession.

Johnny Louie doesn’t know what’s going to become of his dream, either. Only a few months from graduating from Seneca College’s School of Aviation, Louie thought his career pathway to becoming a commercial pilot would be predictable.

But when COVID-19 hit, Louie’s courses moved online, and his flight training was suspended – which means his graduation will be pushed to a later date. More serious than that, Louie says the future of the aviation industry these next two years looks grim. He says at the beginning of March he was being wined-and-dined by an airline company looking to hire him. Now, he says there are no jobs.

The sudden shift in the airline industry has motivated Louie and his classmates to think of alternative careers. Louie says he was thinking of doing police work or applying to work in the Royal Canadian Air Force. But it’s not an easy choice to make, Louie says, as he feels like his dreams have been crushed.

“It’s stressful,” he says. “I haven’t been able to sleep properly in a few days. Some of my classmates too, they don’t know what to do. We’re in so much debt, we’ve invested so much money into flight training, and now we’re back to square one, right?”

Even though she hasn’t been laid off yet, Jones still feels anxious and stressed that she will be.

“Every little mistake [at work] that could be forgotten just haunts me. It’s like, ‘Oh, this is going to be used against me at some point,’” she says.

“I’m trying to be very optimistic, thinking that they have already spent a month of pay on me, so why would they fire me?” says Jones. “But I really hope that the economy is not going to crash as bad as people are thinking, and we’re going to go back to normal at one point.”

Prime Minister Justin Trudeau announced on March 25 the new Canada Emergency Response Benefit (CERB) will provide $2,000 a month for up to four months, for people who have lost income as a result of the coronavirus.

Applications for CERB will open online in early April, with options to call in and apply as well. 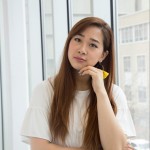