If you want to put up a poster protesting the Ryerson Students’ Union (RSU), you have to get it approved by the RSU.

Problems with Ryerson’s outdated poster policies have come to light this week after the “shame RSU” posters that were put up around campus March 7.

The posters, which were put up by a group called I Stand With Gilary (ISWG), encouraged students to shame the RSU for laying off Gilary Massa while she was on maternity leave. They highlighted the connections between the executive members that dismissed Massa and students running for the Impact slate. Impact won all the executive positions in the 2016 election.

The posters were quickly torn down by members of Impact, including the newly elected RSU president Obaid Ullah and vice-president of student life Harman Singh. Their pictures were included on the posters for their involvement in the Massa firing, as were other members of the RSU executive team.

Ullah and the RSU’s chief returning officer, Lisa Durnford, said that they encouraged other people to tear the posters down due to the posters’ “inappropriateness.”

However, the legitimacy of both Impact and the RSU’s ability to tear the posters down is now under question.

Durnford cited the “unapproved” usage of candidates’ photos as justification for their removal. However, the photos used were taken from Facebook, which means that the social networking site owns the rights to the photos rather than the individuals who posted them. Legally, they can be used by third parties.

Current RSU president Andrea Bartlett said that these posters were not “technically” campaign-related materials, and thereby did not violate the RSU’s election procedural code, which Ullah and Durnford had previously cited as the basis for encouraging others to tear them down.

“Nothing that was said on (the posters) was illegal. They just didn’t have a stamp,” Bartlett said.

That means that the decision to approve these posters (and take them down) would fall to Ryerson University’s broader poster regulations. But according to the regulations available online, posters only require a stamp of approval from the RSU if they are posted on campus bulletin boards.

These posters were not.

According to the university’s regulations, students can submit their posters to three parties for approval: the RSU, Student Services or the university advancement office.

However, when asked about poster approval, representatives for both Student Services and University Advancement said that they do not stamp posters. When asked about when they stopped stamping posters, Lisa Dempster, the executive assistant to the vice-president of University Advancement said, “I’ve been here for eight years, so (the regulations) seem pretty out of date.”

The RSU agreed that the policy, written in 2003, is in need of an update.

“Policies like these are infuriating,” Bartlett said, mentioning that RSU policies could also use an update.

“The governance committee has been going over every policy in our manual and we’re trying to make them more in line with current campus realities.”

That leaves the RSU as the only body available on campus to stamp posters for approval. Decisions about general poster approval would fall under the guidance of the student union’s policy manual rather than the election procedural code.

The RSU’s policy manual states that they believe the university campus should be a place where freedom of speech is readily accessible, “particularly when it comes to political dissent.”

Furthermore, the manual highlights the RSU’s opposition to any attempt by “administration to quiet or silence student dissent on campus,” and “any policies or processes that empower a single administrator to be judge and juror of a particular complaint.”

The manual states that if any material on posters “contains religious/political messages, approval must be given by the (RSU) president” – thereby empowering a single administrator to be both judge and juror of a particular complaint.

That means the ISWG group, which put up posters dissenting with Bartlett and the rest of the RSU executive team’s decision to lay off Massa, would have had to obtain approval from Bartlett herself in order to post them on campus bulletin boards.

There are over 200 policies in the RSU’s manual, and Barlett said that many of them “desperately need to be revised.”

In order to make updating the poster policy into a priority, Bartlett said students need to be more vocal about their unhappiness with the current one. 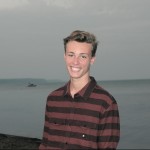