BREAKING NEWS
From the frontlines: a look into the lives of health-care workers a year...
Non-profit organization helps students find jobs in their field during the pandemic
Ryerson rolls out winter food relief program
Ryerson honours outstanding pandemic efforts
Journalism school establishes working committee to look at changing the names of its...
HealthNewsOff CampusPolitics & Security

With legalization slated for July 2018, the Ontario government announced plans to sell cannabis online and in 40 stores.

The minimum age has been set at 19.

“Our aim from the start has been to protect youth, promote health and road safety, focus on prevention and harm reduction, and eliminate an illegal market,” said Attorney General Yasir Naqvi.

The Liquor Control Board of Ontario (LCBO) will oversee the retail distribution. However, these stores will be separate from LCBO’s storefronts and liquor will not be sold with cannabis.

There is no official name for the stores at this time.

A protocol for online distribution will be in place, which includes identification checks and required signatures once delivered. Deliveries will not be left unattended.

In the coming months, the province will have a lot more to sort out. There is no word yet on what the price will be set at or what the potential revenues might be.

Charles Sousa, minister of finance, said the province will meet with the federal government later this fall to determine pricing and taxation.

“We want to set the price to discourage the reliance on the illegal market,” said Sousa. “We expect revenues to be modest initially and then grow over time.”

Where can you light up?

Smoking cannabis will be limited to private residences with a possibility of venues acquiring a licence later on, Naqvi said.

He added that the government was making a concerted effort on exposure to second-hand smoke from smoking marijuana.

“Our responsibility is to ensure that all Ontarians are protected from the dangers of second-hand smoke and that includes from cannabis,” said Naqvi said.

Dr. Eric Hoskins, minister of health and long-term care, said an education campaign aimed at children and teens will be produced.

Transportation Minister Steven Del Duca is expected to make an announcement in the coming weeks regarding how the government will go about cracking down on driving while impaired.

Naqvi said the framework surrounding cannabis will be akin to that of tobacco or alcohol.

That means smoking on balconies and near children inside the home will be permitted.

“Similar to if you can smoke a cigarette or drink a beer or a glass of a wine in your backyard or balcony, you will be able to consume cannabis as well,” Naqvi said. “The rule that we have in place for tobacco and alcohol is that you’re allowed to smoke with a child at home, and the same we will extend to cannabis.”

The province will be working with municipalities, local police services and Ontario Provincial Police to crack down on dispensaries.

Charles Sousa, minister of finance, said they will be looking into having stores where dispensaries already exist right now.

“As we build up a safe, responsible channel for recreational cannabis, our twin goal will be stopping the sale of illegal, unregulated and unsafe cannabis,” Naqvi said. “Illicit cannabis dispensaries are not illegal now and will not be legal retailers under the new model.”

Naqvi said criminal proceedings before the court will continue.

Jodie Emery, cannabis activist, said the demand will outweigh what the government can offer.
(Photo by Olivia Zollino)

“Legalization is supposed to end the criminalization of the existing industry,” Emery shouted at Naqvi, Sousa and Hoskins as they were leaving the announcement.

Emery was arrested alongside her husband, Marc Emery, in March. The pair were the owners of several Cannabis Culture dispensaries and are charged with multiple counts of drug trafficking and possession.

They are both on bail.

“You’re doomed to fail if you continue to criminalize the market,” she said.

But before leaving, Naqvi made his stance clear.

“These pot dispensaries are illegal and will be shut down,” he said. “If you operate one of these facilities, consider yourself on notice.” 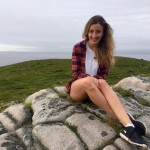 Your guide to navigating around Toronto’s latest closures