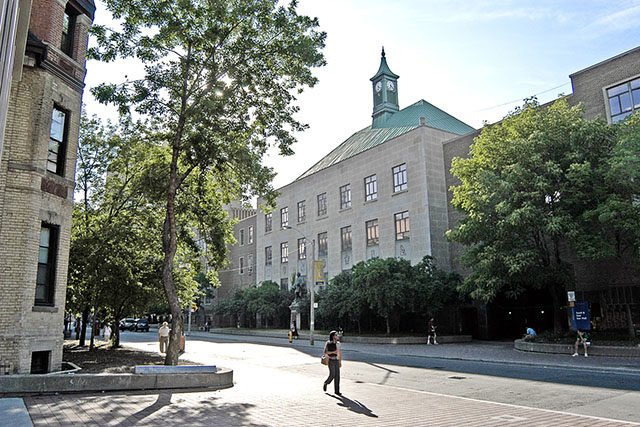 When applying for university, Ryerson nursing student, Gabriel Holt was required to use his legal name and assigned sex. It’s one of the many challenges and barriers transgender students like Holt face in the pursuit of post-secondary education.

“It made an intimidating process even more uncomfortable,” said Holt, in an e-mail. “Even if I was allowed to put my actual name on a form or two, my legal name was what appeared on all my admissions offers and school records.”

Like many trans or gender-fluid or gender non-conforming students, Holt has faced a number of other barriers on campus.

“As a nursing student, I’ve had to co-ordinate my name change with clinical staff and program co-ordinators, as well as with the regular faculty,” he said. “I have also had to deal with my placements using my legal name. The administrative obstacles have been many and never-ending.”

For students applying to university next year, the process will improve slightly. The Ontario Universities’ Application Centre (OUAC) has made changes to next year’s application process, which will allow students to select their preferred name and gender.

Ray Darling, who chaired the working group proposing these changes,  said that starting in fall 2017 OUAC applicant will have three gender options to choose from: male, female and “another gender identity.”

For students that select “another gender identity,” there is an open text field that allows applicants to add the precise descriptive wording they prefer.

Ryerson is maintaining its status quo when it comes to preferred names, according to Charmaine Hack of the university’s registrar office.

“Ryerson’s system currently enables the display of a preferred name in the student centre in RAMSS,” said Hack. However, specifying a preferred name in RAMSS does not affect a student’s legal name, which will still appear on class rosters and official transcripts as well as on degrees and certificates.

Holt, who is also a co-ordinator at the RU Trans Collective, experienced a lot of difficulty in making sure that his birth name would no longer appear on school documents . He said that two forms had to be filled out — including one that had to be signed by a lawyer.

“A name is a key part of someone’s identity,” said Holt. “This process tells a student that their identity is not valid unless a professional — a person they may not even know — signs off on it. This is both paternalistic and restrictive.”

Darling does not anticipate any administrative, enrollment or demographic issues with the new OUAC application process. He said the feedback has all been positive.

“I brought it forward to the other universities last November and nobody was opposed,” said Darling. “I think a lot of them were surprised, like me, that the change hadn’t already been made.”

Ryerson currently has a variety of measures in place to assist trans students, including how to update their legal name on academic records.

Ryerson’s website and the RU Trans Collective also has information available for transitioning students on informing their instructors and staff about preferred names and pronouns. Ryerson’s website advises trans, gender-fluid and gender non-conforming students to contact their instructors at the start of the term with their preferred names and pronouns.

However, Holt said, “There’s much more that universities should be doing.”

More work left to do

Holt thinks there are many other ways Ryerson can make the process of changing names and gender easier, and more accessible for students.

“Ryerson administration has a lot of other work to do,” said Holt. “Having one form instead of two, not forcing students to disclose trans status and not requiring students to get forms signed by a lawyer would be good starting points.”

Holt said that he suggests a simplified online process involving one form to change any or all of a student’s name, gender identity, email and username on record.

As for preferred pronouns, he said he thinks that having professors “ask students to fill out index cards giving names, pronouns and accessibility needs,” would make a difference.

“Ryerson profs should educate themselves on trans issues. We are not as small a part of the population as people seem to think, “ said Holt. “Ryerson’s administration also has a role to play in educating its faculty.” 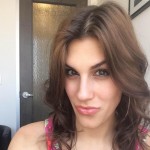 Okay, so let’s analyze this here..

1. From the get go, let’s stop putting feelings over facts, shall we? This “Gabriel Holt” is a biological woman; every gene in her body is XX. That is reality. She may claim to “feel like a man” – but what does that mean? What is it like to “feel like a man?” Would not only a biological man know this? Does it mean liking stereotypical masculine things, such as cars, and wearing short hair? But aren’t those “social constructions” not confined to males? So how do they define malehood? This is an identity confusion disorder. How far have we gone down the toilet as a society that instead of helping these people, we’re clapping along and silencing anyone who speaks these scientific facts? SCIENCE and BIOLOGY over FEELINGS.

2. There are people being bombed apart this world over, people starving, people facing natural disasters, women being stoned for no reason, yet university application forms not catering to someone’s feelings is supposed to be a pressing issue?

Universities are a joke. Enjoy your “safe spaces” where you deny scientific reality and any opposing arguments. Oh, and I don’t expect my comment to be posted anytime soon, because that breaks your echo chamber and facts trigger you folks.