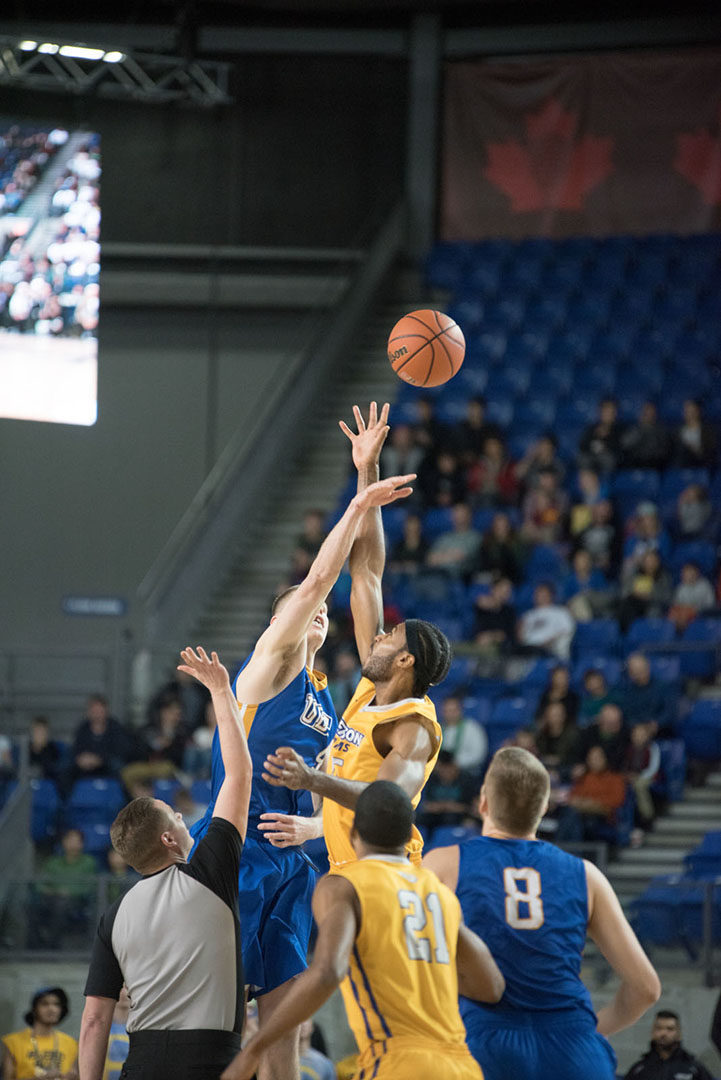 The Rams narrowly beat the UBC Thunderbirds on Thursday night. The team will advance to the gold medal game with a win against Calgary Saturday night. (Photo credit: Jeremy Johnson-Silvers)

VANCOUVER – The Ryerson Rams will focus on a brighter start Saturday night when they square up against the University of Calgary Dinos in the Canadian Interuniversity Sport (CIS) Final 8 semifinals.

The fourth-seeded Dinos were the winners of the Canada West division. They beat McGill University on Thursday to advance to the semifinal game against the Rams.

Led by Thomas Cooper, who averaged 25.5 points per game this season, the Dinos are going to be a tough test for the Rams.

Cooper, who is a native of Chattanooga, Tenn., transferred to the Dinos after playing in the National Collegiate Athletic Association (NCAA) at the University of Nebraska and he made a major impact.

“Cooper is our first team all-Canadian, the first one we have had since 1993,” said Daniel Vanhooren, head coach of the University of Calgary Dinos. “The points that he scores and the other opportunities he creates for the other people around him, whether he is taking on defenders and creating space or passing the ball and getting assists, he is definitely significant in our offence.”

For Vanhooren, he knows that his team must control the pace, as Ryerson plays at a tempo that not many teams in the nation can keep up with.

“With the athleticism and speed that Ryerson brings, we are going to have to play disciplined basketball,” Vanhooren said. “We can’t let Ryerson play at their pace.”

Rams’ coach Patrick Tatham said his team cannot start slowly again. It narrowly escaped the quarter-final matchup against home team the UBC Thunderbirds on Thursday night with an overtime win. The Rams were down 15 points in the first quarter and never led the game once until OT. 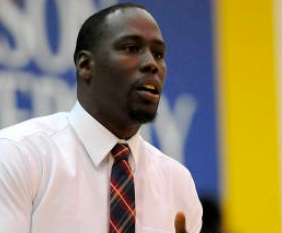 “At this stage of the game, we can’t get out to any more slow starts to finish out this tournament,” said Tatham, who is interim head coach. “The great positive with our team is that our guys are very resilient and tenacious. When they feel they are down to a last resort that is when they really buckle down and trust the defence. If we get rid of these slow starts, I think we will be fine for tomorrow and Sunday.”

The Rams spent part of the day yesterday preparing for the Dinos and Cooper.

“We are going to have to limit the number of shots he (Cooper) puts up,” Tatham said. “He seems to be the key to their team.”

Three student journalists from the University of British Columbia (UBC) campus newspaper, The Ubyssey gave their predictions for the game. All three picked Ryerson to advance to the gold medal game.

“I see Ryerson winning this game,” said Jackson Runkle, a journalist from The Ubyssey. “Calgary has a good shot for sure, but I think Ryerson has quite a few shooters. If they start getting good looks at the basket, I think that will be the difference.”

Former assistant coach of the Rams Richard Dean is excited about the style of play this year’s team brings to the court.

“The team this year has great chemistry,” Dean said. “When a team has a set goal and objective, often times they can’t reach it because they don’t have good teamwork. This team seems to get along well and enjoy each other. They also move the ball around quite well…. Everyone on the court touches the ball on a possession.”

Dean also outlined the keys to success for the Rams versus the Dinos.

“Firstly the Rams need to move the ball as a team,” Dean said. “The second key would be to play the full-court pressure defence.”

Roy Rana, who is the head coach of the Rams but on a sabbatical leave, understands that this game will be no walk in the park for Ryerson.

“We hope to come out with a consistent performance from start to finish,” Rana said. “Calgary has some size and a really good player in Cooper. They seem to be disciplined and play with good structure. This is not a weak opponent we are going up against. This is going to be a good game.”

LIVE BLOG: Ryerson takes on the University of Calgary in men’s CIS semifinal